The state government of Odisha has imposed a seven-month ban on sea fishing activity in order to protect the Olive Ridley sea turtles. 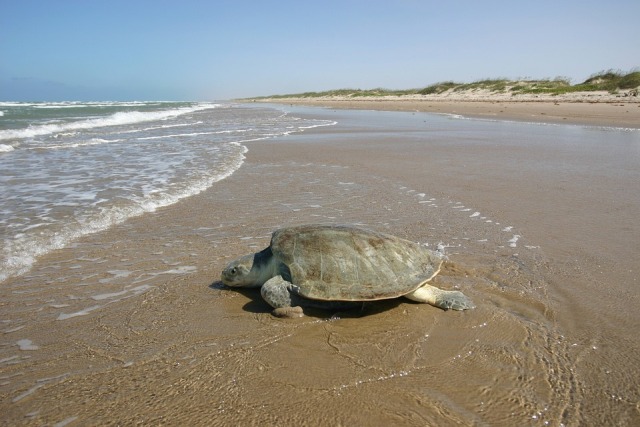 The state government of Odisha on 1 November 2017 imposed a seven-month ban on sea fishing activity in order to protect the Olive Ridley sea turtles.

The move has been brought on, as the breeding season of the endangered marine animals is approaching. The ban will hold until 31 May 2018.

• The ban on fishing activity was clamped within 20 km off the coastline of Dhamra-Devi-Rushikulya river mouth.

• Nearly 26,000 marine fishermen in coastal districts of Puri, Kendrapara, Ganjam and Jagatsinghpur are likely to be affected due to the ban.

• The restriction is imposed in accordance with provisions of Orissa Marine Fishing Regulation Act (OMFRA), 1982 and provisions of Wildlife Protection Act, 1972.

• Over 300 trawls and vessels were seized and around 2,000 crews arrested during a similar ban in 2016 for defying the OMFRA provisions along the prohibited zones.

According to the Divisional Forest Officer of Rajnagar Mangrove (Wildlife) Forest Division, Bimal Prasanna Acharya, the prohibitory orders are being strictly enforced to ensure the safety of the turtles. “The trawl operators have been cautioned not to venture into prohibited water zone. Any act of trespass will invite punitive measures,” Acharya stated.

The government would, however, be distributing subsidised rice at Rs 1 per kg under Rice for Olive Ridley Conservation (RORC) programme to over 6,000 fishermen families directly affected by the fishing ban, in order to compensate for their loss of livelihood sources.

• The sea turtles are found in warm and tropical waters, primarily in the Pacific and Indian Oceans.

• The coast of Odisha in India is the largest mass nesting site for the olive ridley.

• Olive ridley sea turtles migrate in huge numbers from the beginning of November, every year, for mating and nesting along the coast of Orissa.

• The majority of the turtles nest in two or three large groups near Odisha’s Gahirmatha beach. Two other mass nesting beaches have been located on the mouth of rivers - Rushikulya and Devi.

• The hatching of the eggs takes place around May, following which the hatchlings swim across the Bay of Bengal and the Indian Ocean to explore.

• The turtles are considered endangered because of their few remaining nesting sites in the world.