Priyanka Chopra has been associated with UNICEF for the past 15 years as a Goodwill Ambassador. 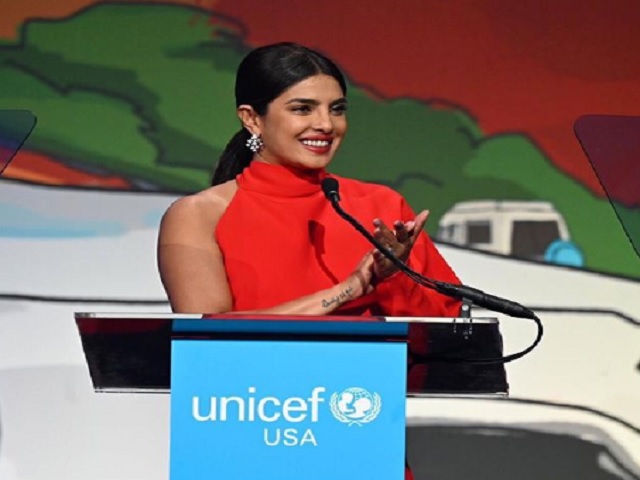 Priyanka Chopra has been awarded the Danny Kaye Humanitarian Award from UNICEF. Bollywood actress Priyanka Chopra is quite active not only in the entertainment and fashion world but also in social work. The award was announced in June 2019 and Priyanka was nominated for the award by the United Nations Children's Fund.

Priyanka Chopra has been associated with UNICEF for the past 15 years as a Goodwill Ambassador. Now she has been awarded UNICEF's 'Danny Kaye Humanitarian Award' for her work. She was awarded this honor in the presence of many eminent personalities at the Snowflake Ball in New York.

Priyanka expressed her gratitude on receiving the award and said that social service has become no option but a medium of life in today’s time. Along with this, the actress also expressed feelings about her 15-year journey with UNICEF.

• Danny Kaye Humanitarian Award is named after actor Danny Kaye. He was an American actor, dancer, and singer.
• He became the first goodwill ambassador of UNICEF in 1954. He was awarded Honorary Oscar for the film about his work with UNICEF.
• He helped the UNICEF to popularize through public announcements, interviews, and campaigns.
• Danny Kaye was awarded Humanitarian Award from the Lions club in 1974. And very next year, in 1975, he went for 65 city plane tours to honor Trick-or-Treat for UNICEF.
• He was passed away on March 3, 1987.

• UNICEF was established by the United Nations on 11 December 1946 in New York. Its full name is the United Nations Children's Fund.
• Its aim is to work for the health, nutrition, education, and development of children worldwide.
• UNICEF started working in India from the year 1949.
• More than 3 billion vaccines are given by UNICEF every year for vaccination of newborns all over the world.
• UNICEF workers are continuously working for child welfare in more than 190 countries in the world.