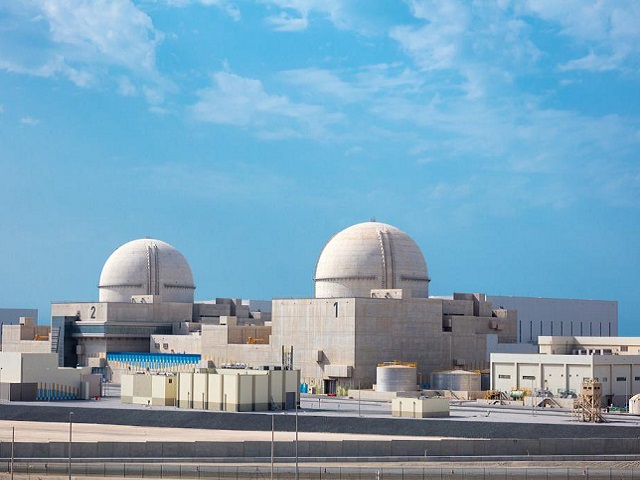 Abu Dhabi Crown Prince Mohammed bin Zayed al-Nahyan took it Twitter to celebrate their ‘historic’ milestone for the country, which is also celebrating 50 years since its formation.

The start of commercial operations at the Barakah Nuclear Energy Plant is a historic milestone for the UAE that significantly enhances the sustainability of our entire power sector. We are grateful to those who made this possible and thank them for their diligence and hard work.

•It is a part of the oil- producing UAE’sefforts to diversify its energy mix.

•The plant’s Unit 1 received its operating licence from the nuclear regulator in 2020 after a three-year delay from the expected startup year of operations.

•In August 2020, Unit 1 had entered the national power grid and in December 2020, it reached 100% of reactor power capacity during testing.The plant’s Unit 2 received its operating licence in March 2021.

•Upon completion, the nuclear plant will have four reactors with 5.600 megawatts (MW) of total capacity which meets around 25% of the UAE’s demand and counter the release of 21 million tons of carbon emissions each year.

•The UAE came into being in 1971, comprising of seven emirates including Dubai and Abu Dhabi.

•The UAE joined the Organization of the Petroleum Exporting Countries (OPEC) in 1967. Though the UAE is ranked the world’s 7th largest exporter for oil reserves and natural gas reserves, it is pursuing more clean, safe, and renewable sources of energy to meet the energy needs.

•The country has been pursuing a peaceful nuclear energy program as a key component of the UAE’s Energy Strategy 2050 to diversify its energy mix.

•The UAE and the US signed a bilateral agreement known as a ‘123 agreement’ for peaceful nuclear energy cooperation. This pact lays down the legal framework for the exchange of nuclear energy technology between the two countries.

•The ‘123 Agreement’ has played a critical role in the development of the Barakah Nuclear Energy Plant in the UAE.