The US Secretary of State, Mike Pompeo announced that the sanction waivers that it had granted to some countries still buying oil from Iran will terminate on May 2, 2019. However, Chabahar Port Project, being developed by India in Iran, would not be impacted by sanctions on Iran.

Waivers for Iran oil imports end on May 2

The US Secretary of State, Mike Pompeo on April 23, 2019 announced that the sanction waivers that it had granted to some countries still buying oil from Iran will terminate on May 2, 2019.

With this announcement, five countries namely, India, China, Japan, South Korea and Turkey will no longer be exempted from the US sanctions, if they continue to import Iranian oil after their waivers end on May 2. There will be no grace period for these five economies to comply with the decision.

The United States had in November 2018 granted waivers to eight economies including China, India, Japan, South Korea, Taiwan, Turkey, Italy and Greece while imposing sanctions on exports of Iranian oil.

Following this, Italy, Greece and Taiwan had stopped importing oil from Iran. However, the other five continued to import.

The US re-imposed sanctions on exports of Iranian oil in November 2018 after it withdrew from the landmark 2015 nuclear deal. The United States has been pressuring Iran to curtail its nuclear program and stop backing militant outfits across the Middle East.

Chabahar port project won't be impacted by sanctions on Iran: US

The State Department mentioned that the reconstruction assistance and economic development for Afghanistan, which includes the development and operation of Chabahar Port, is a separate exception.

Chabahar Port is a seaport in south-eastern Iran.  It can be easily accessed from India's western coast, bypassing Pakistan and is located close to Afghanistan and other central Asian countries including Turkmenistan and Uzbekistan.

• India started interacting with Iran on Chabahar Port around the year 2003; however, the major push was received in the second half of 2014, leading to the signing of an MoU between Iran and India for the development of Chabahar Port in May 2015.

• This MoU translated into a formal 10-year Contract for Equipping and Operating the Chabahar Port, which was executed on May 23, 2016, during Prime Minister Narendra Modi’s visit to Tehran.

• A trilateral transit agreement was also signed on May 23, 2016 between India, Iran and Afghanistan on Establishment of International Transport and Transit Corridor.

• India on October 29, 2017 sent its first consignment of wheat to Afghanistan through Iran’s Chabahar port.

• Since there were challenges in activation of the 10-year contract, the foundation of an interim period contract was laid during the visit of President of Islamic Republic of Iran, Hassan Rouhani to New Delhi in February 2018.

• Resultantly, a formal short term Contract was signed on May 6, 2018. 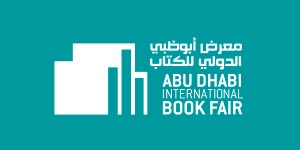 The 29th edition of the Abu Dhabi International Book Fair (ADIBF) began on April 24, 2019. India is attending the fair as the “Guest of Honour” country, reflecting the strong relations between the leadership and the people of the UAE and India.

The fair will involve over 1000 participants from more than 50 countries, who will showcase 5,00,000 books. The fair aims to highlight the UAE’s rich heritage, and showcase its authenticity, cultural and literary output.

Indian representation at the ADIBF 2019

• 30 publishing houses from India are taking part in the fair. A three-member team from the Publications Division is participating in the Fair.

• Books on the life and struggle of Mahatma Gandhi will be on display as part of the 150th birth anniversary celebrations.

• The Publications Division will do a special presentation on the 100 volume series of the Collected Works of Mahatma Gandhi with an aim to reach out to the international audience.

• Among the Indian authors present at the fair will be Indian Ambassador to the United Arab Emirates (UAE) Navdeep Suri who will be launching his book, "Inked in Blood and Spirit of Freedom". The book is the English translation of poem ‘Khooni Baisakhi’ on  Jallianwala Bagh massacre.

• Best-selling author Preeti Shenoy will speak about her new book "Wake Up, Life Is Calling".

• Abu Dhabi-based writer Deepak Unnikrishnan will discuss his book "To Remember, I Invented People" that revolves around the people who raised him.