Virat Kohli has become the fastest batsman to score 10,000 runs in one-day internationals, reaching the milestone in just 205 innings. With the feat, he surpassed the record held by Sachin Tendulkar, who had achieved the feat in 259 innings.

Virat Kohli on October 24, 2018 became the fastest batsman to score 10,000 runs in one-day internationals, reaching the milestone in just 205 innings. With the feat, he surpassed the record held by Sachin Tendulkar, who had achieved the feat in 259 innings.

Kohli reached the milestone while batting on 81 during the second ODI against West Indies in Visakhapatnam, India. He got to 10,000 runs with a single off the bowling of spinner Ashley Nurse.

India are currently leading the series, 1-0. They had won the first seventy-two by 8 wickets at Guwahati.

•  Overall, twelve other batsmen have scored over 10,000 runs in the ODI format.

• Tendulkar was the first in history to breach the 10,000 mark in ODIs. He got there in 2001 against Australia in Indore.

• Besides Kohli, the only other active player on the list is MS Dhoni, who passed the milestone against England at Lord's earlier in 2018. 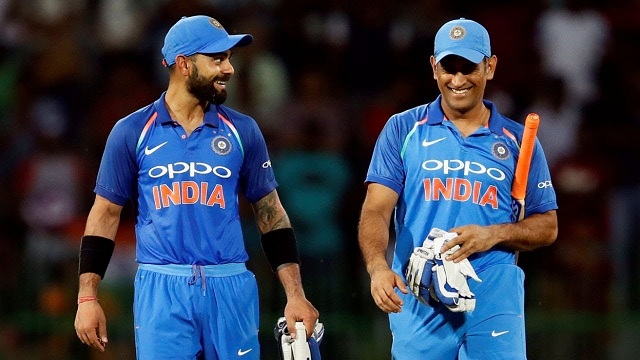 • Virat Kohli made his ODI debut against Sri Lanka at the age of 19 in August 2008, after he captained India’s under-19 side to victory at the 2008 Under-19 World Cup in Malaysia.

• Initially, though he played as a reserve batsman in the Indian team, Kohli soon established himself as a regular in the ODI middle-order and was a part of the squad that won the 2011 World Cup. He then made his Test debut in 2011.

• Kohli reached the number one spot in the ICC rankings for ODI batsmen for the first time in 2013.

• In 2014, he became the top-ranked T20I batsman in the ICC rankings, holding the position for three successive years until 2017.

• Kohli was appointed the vice-captain of the ODI team in 2012 and handed over the Test captaincy following Mahendra Singh Dhoni's Test retirement in 2014.

• In early 2017, he was appointed as the captain in the limited-overs game as well after Dhoni stepped down from the position.

• He also holds many T20I world records including being the fastest batsman to reach 1,000 and 2,000 runs, having most runs in a calendar year and most fifties in the format.

• He is the only batsman in history to average over 50 in Tests, ODIs and T20Is simultaneously.

• Kohli has been the recipient of many awards. He was given the Arjuna Award in 2013, the Padma Shri under the sports category in 2017 and the Rajiv Gandhi Khel Ratna, the highest sporting honour in India, in 2018.