In a first, India and Pakistan will jointly take part in SCO war games

Wargame exercise Peace Mission-2018 will be conducted under the framework of the SCO's Regional Anti-Terrorist Structure (RATS), which is headquartered in Tashkent (Uzbekistan). 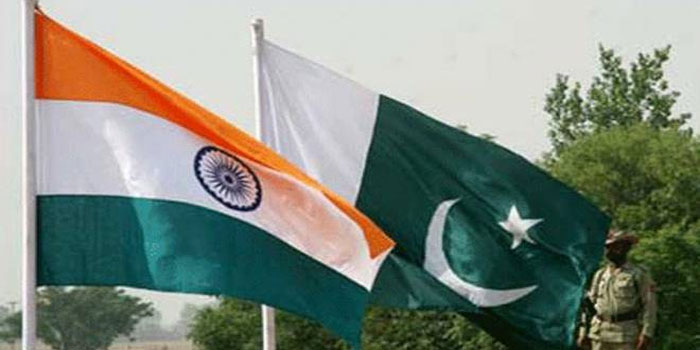 In a first, India and Pakistan will jointly take part in SCO war games

In a first, India and Pakistan will jointly take part in 'Peace Mission-2018', a multi-nation counter-terror war game, under the aegis of the Shanghai Cooperation Organisation (SCO) in Russia in August 2018.

Peace Mission-2018 will also see the participation of China, Russia and other SCO countries. The exercise will be held in the Chelyabinsk region of Russia from August 22 to August 29, 2018.

Though, troops from India and Pakistan have worked together in UN missions and operations, Indian soldiers have never actively participated in a multilateral exercise that included Pakistan in the past.

India's participation in the exercise was confirmed by Union Defence Minister Nirmala Sitharaman.

Highlights of the Peace Mission-2018

• Peace Mission-2018 will be conducted under the framework of the SCO's Regional Anti-Terrorist Structure (RATS), which is headquartered in Tashkent (Uzbekistan).

• The exercise will be aimed at bolstering counter-terror cooperation among the member countries.

• It will see joint mock drills to eliminate terrorists and their networks, and interventions in hostage situations.

What is Shanghai Cooperation Organisation and when did India join the group?

• The Shanghai Cooperation Organisation (SCO), a China-dominated security grouping, was constituted in 2001 at a summit in Shanghai by the Presidents of Russia, China, Kyrgyz Republic, Kazakhstan, Tajikistan and Uzbekistan.

• Now, the group has eight full members including India, Pakistan and Uzbekistan.

• Apart from these eight members, four nations have been accorded 'observer' status, while six others are 'dialogue' partners.

• India and Pakistan were initially admitted as observers of the grouping in 2005; however, both the countries were admitted as full members in 2017.

• India's membership was strongly pushed by Russia while Pakistan's entry into the grouping was supported by China.