Who is Gita Gopinath? What is IMF’s forecast for Indian economy? 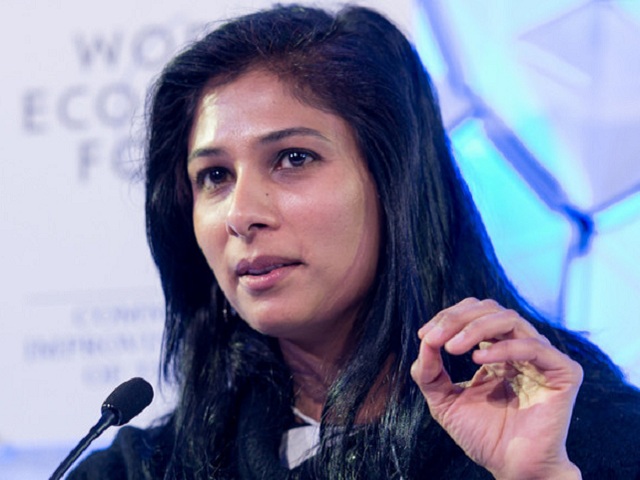 India-born Gita Gopinath hit the headlines when she presented IMF’s latest update on the World Economic Outlook on January 20, 2020. The IMF, in its January report, has announced reduced growth forecasts for India to just 4.8 percent in 2019 and 5.8 percent in 2020.

Gita Gopinath is the Chief Economist of the International Monetary Fund. In IMF’s latest economic outlook, she predicted downgrade in the global growth forecast for the next two years and credited the downward revision to the slow economic growth estimates in few emerging market economies, especially India.

Gopinath stated that the reassessment of growth prospects in a few cases reflects the impact of increased social unrest. India’s reduced growth forecast has created a furor across the nation. This is not the first time that Gita Gopinath has raised doubts over India’s economic growth. She was one of the first to denounce the demonetization.

As per the latest World Economic Outlook report, Indian economic growth is estimated to be 4.8 percent in 2019 and it is expected to rise to 5.8 percent in 2020 and 6.5 percent in 2021, which is 1.2 percentage and 0.9 percentage point lower than the projection made in the October outlook. According to Gita Gopinath, India’s economic slowdown has an over 80 percent impact on global forecasts.

Who is Gita Gopinath?

• Gita Gopinath was appointed as IMF’s Chief Economist in October 2018. Her role primarily includes research on International Finance and Macroeconomics.

• Gopinath also teaches international studies and economics at the prestigious Harvard University. She is also the co-director of the International Finance and Macroeconomics program at the National Bureau of Economic Research.

• She was also the co-editor of the American Economic Review and the 2019 edition of the Handbook of International Economics. She has also previously served as the managing editor of the Review of Economic Studies.

• In 2011, the World Economic Forum named her as a young global leader.

• The President of India honoured Gita Gopinath with the Pravasi Bharatiya Samman, the highest honor for an Indian-origin person, in 2019.