World Music Day 2019: With this music, you can practice perfect yoga on Yoga Day 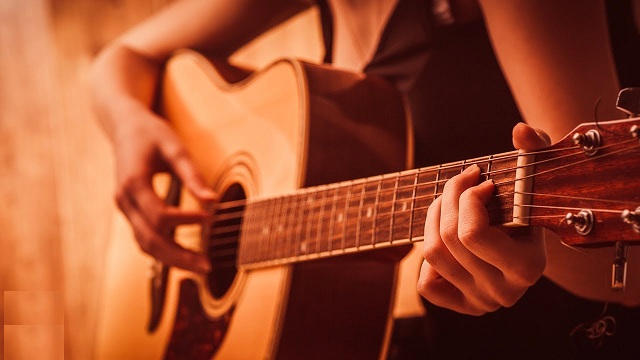 World Music Day 2019: Pep up your yoga on Yoga Day with this music

The World Music Day 2019 is being observed across the world today, on June 21, 2019, the same day as the International Yoga Day. The International day, also known as the Fête de la Musique, is an annual celebration of music and on the occasion, people are urged to play music in public places and parks and various free concerts are also organized, where musicians play for free.

For many, music is a way of expressing themselves, relieving themselves of stress or relating to their current situations and mood. Music and exercise often go hand-hand, as both are activities that people often enjoy doing alone and music not only keeps them company but also helps revitalize their energy.

Music doesn’t just elevate one’s mood, but it is also known to increase one’s productivity and mental health.  It is also known to reduce stress, anxiety and increase focus, which is something that describes yoga as well, so it is not a wonder that both World Music Day and the International Day of Yoga fall on the same day.

While both music and yoga provide the same kind of comfort, the two compliment each other as well, as music can also help one perform yoga better and in a much relaxed way and together the two can increase focus and concentration. Given below are some music genres that can really boost one’s yoga performance on this International Day of Yoga:

Instrumental music, especially instrumental trance music can have an extremely soothing impact on one’s body and mind while performing yoga. Some of the popular tunes that one can listen to while perfoming yoga include ‘Practicing the Jhanas, Lost Shores, Soothing heartbeat, Inner peace and relaxation and Indian native American flute for meditation and Stars rising during dawn.

Classical music is another genre, which when combined with yoga can help in calming the mind, increasing focus and relieving the stress. It can be both classical and Indian classical music. Besides popular artists such as Beethoven and Mozart, Indian Hindustani and Carnatic songs can work wonders coupled with yoga.

The Indie folk music, which hybridizes the acoustic guitar melodies of traditional folk music with contemporary instrumentation, in another great combination with yoga. It can really help in revitalizing one’s energy and sooth the mind. Besides international artists, there are a lot of young indie folk artists coming up in India, who are worth exploring.

Pop with its sooth melodious music is another form of music that complements yoga on this International Day of Yoga. So, listen to your favourite Pop artist, be it the King of Pop Michael Joseph Jackson or the all-time favourites, the Beatles or even Coldplay or artists like Rihanna and Madonna.

Traditionals chants and mantras such as Sri Venkateshwara Suprabhatam and Om Mani Padme Hum are also known to really sooth the mind and help one relax, adding to the benefit that is provided by yoga. So, together, yoga and such kinds of music can really heal a lost soul.