A Century Old Optical Illusion to Test Your Brain: Help the Snake Charmer find his serpent in 5 Secs!

A Century Old Optical Illusion to Test Your Brain: In this picture of a Snake Charmer, can you spot the hidden snake in 5 seconds? The illusion is famously known as “Find the Snake Charmer’s Serpent”.

A Century Old Optical Illusion to Test Your Brain: Optical illusions are the mind-bending, deeply fascinating, shape-shifting image of an object or drawing or people. It challenges our brain’s way to perceive things. There are several kinds of optical illusion like physical, physiological, and cognitive illusions. Many a times these optical illusions are also a part of psychoanalysis as they provide information on how you perceive things. A normal human brain can perceive things or images differently forming a different perception from each angle. One such clever illustration can be seen in a 1920s picture of a snake charmer where his serpent is hiding somewhere inside the image. 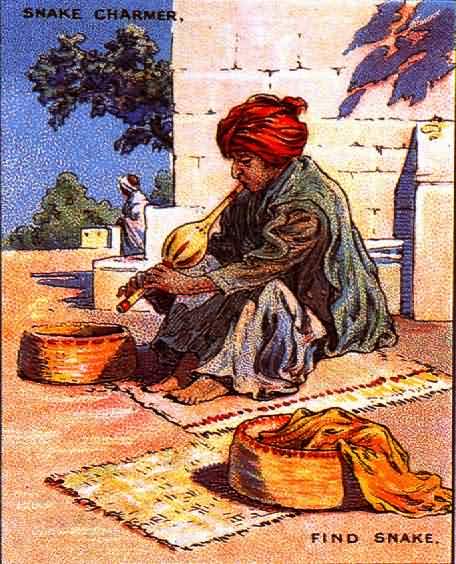 The above image was designed as a cigarette card from the very early twentieth century. At that time, Cigarette cards were a very fashionable advertising aid right up till the 1950's. This particular card was designed in 1926 for the Major Drapkin cigarette company. In this optical illusion, a snake charmer is playing flute-like instrument to catch his snake. It challenges you to find the snake charmer’s serpent. So, the trickier part in this optical illusion is to spot the snake which is hiding somewhere inside the picture.

Can you spot the Snake Charmer’s hidden Serpent in 5 Seconds? 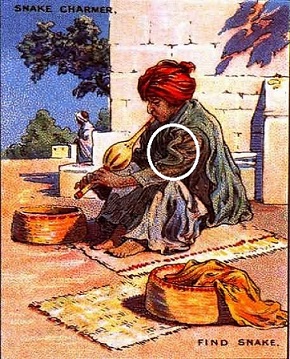 How many Squirrels can you spot in 25 Seconds in this Optical Illusion?