Adolf Hilter Biography: Adolf Hilter was a German politician and leader of the Nazi Party (National Socialist German Workers Party) who rose to power in 1993 as the chancellor of Germany and became the leader in the year 1934. 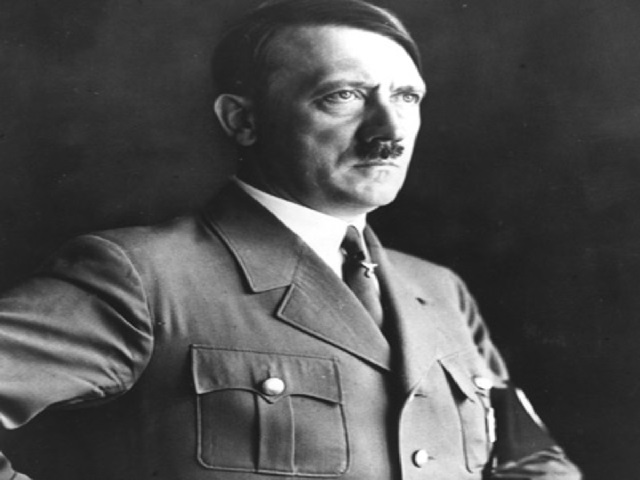 Adolf Hilter was a German politician and leader of the Nazi Party (National Socialist German Workers Party). In 1993, Hilter rose to power as the chancellor of Germany and became the leader in the year 1934. From 1933-1945, under his dictatorship, Hitler initiated World war II and invaded Poland on September 1, 1939. Hilter was also involved in military operations and was responsible for the Holocaust, where six million Jews and another five million non-combatants died.

Adolf Hitler was born on April 20, 1898, to a Christian family as Adolphus Hitler in Braunau am Inn, a town in Austria-Hungary (now Austria). Adolf Hitler was the fourth child born to the couple Alios Hitler and his wife Klara Polzl (Alios's third wife). Hitler died on April 30, 1945, at the age of 56 years by shooting himself. Hitler lived with Alios's children from the second marriage in the same house. When Hitler was three years old, his family moved to Germany where he acquired lower Bavarian dialect instead of Austrian German.

Hitler's father Alois became successful in the customs bureau and wanted Hitler to follow him. However, Hitler was of the opposite view and wanted to become an Artist, which his father Alois dismissed. In September 1900, Alois sent Hitler to Realschule (secondary school in Germany). Hitler in Mein Kampf stated that he rebelled his father's decision of sending him to Realschule in Linz and did poor in school hoping that his father would look at his grades and would allow him to follow his passion.

Like other Austrian Germans, Hitler too was of the German nationalist ideas and would sing "Deutschlandlied" (National Anthem of Germany) instead of  Austrian Imperial anthem.

After his father's sudden demise on January 3, 2020, Hitler did poor at school and his mother allowed him to leave the school. In September 1904, Hitler enrolled himself at Realschule in Steyr, where his performance improved. In 1905, Hitler passed the repeat of the final examination and left secondary school.

On December 21, 1907, at the age of 47, Hitler's mother died of breast cancer. In 1909, 20 years old Hitler ran out of money and spent his life in homeless shelters and a men's dormitory. He survived by selling his paintings of Vienna.

Hitler was exposed to racism for the first time in his life in Vienna. Hitler in his book Mein Kampf states that he became anti-Semite (hostility or prejudice or discrimination against Jews) in Vienna while his friends disagree. August Kubizek (Hitler's friend), claimed that Hitler was a "confirmed anti-Semite" before he left Linz.

In 1913, Hitler upon receiving the final part of his father's estate moved to Munich, Germany. On February 5, 1914, Hitler was conscripted into  Austro-Hungarian Army and travelled to Salzburg but was declared unfit for service and returned to Munich. However, Hitler later stated that he didn't want to serve the Austro-Hungarian Empire due to the mixture of races in the army.

Hitler dedicated his entire life to his political mission and the nation. In 1929, Hitler met his lover, Eva Braun and married her on April 29, 1945, (a day before the couple committed suicide). In September 1931, Hitler's half-niece, Geli Raubal, took her own life with Hitler's gun at his Munich apartment. This gave rise to several rumours that Geli was in a romantic relationship with Hitler and her death was a source of deep, lasting pain. In June 1960, Paula Hitler (younger sister of Hitler), the last living member of his immediate family died.

Adolf Hitler in World War I

When World War I started in August 1914, Hitler voluntarily joined the Bavarian Army. However, as per a report by Bavarian authorities in 1924, Hitler's service was an administrative error as he was an Austrian citizen. Hitler was posted to the Bavarian Reserve Infantry Regiment 16. He served as a dispatch runner on the Western Front in France and Belgium and spent half of his time at the regimental headquarters behind the front lines. Hitler was present during the First Battle of Ypres, the Battle of the Somme, the Battle of Arras, and the Battle of Passchendaele and was wounded at the Somme.

In 1914, Hitler was also awarded the Iron Cross (Second Class) for bravery and in 1918, received Iron Cross (First Class) upon the recommendation of Lieutenant Hugo Gutmann. On May 18, 1918, Hitler received the  Black Wound Badge. While rendering his service at headquarters, Hitler drew cartoons for an army newspaper.

In October 1916, Hitler was injured during the Battle of the Somme and was wounded in the left thigh. He spent rest two months in the Hospital at Beelitz and returned to the regiment on March 5, 1917. On October 15, 1918, in a mustard gas attack, Hitler became temporarily blind and was admitted in the hospital at Pasewalk.