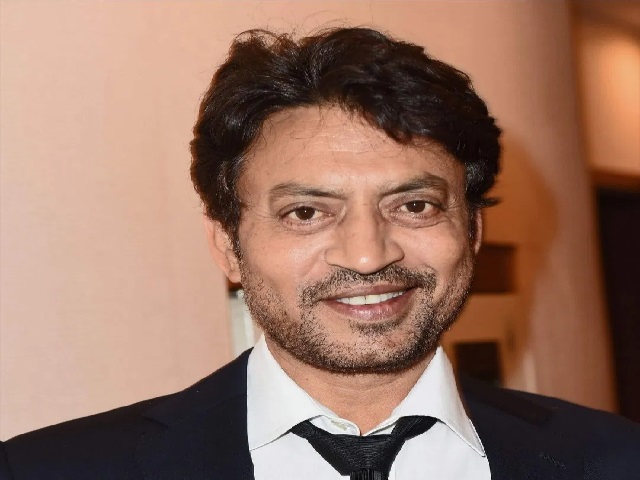 Actor Irrfan Khan was an Indian film actor and producer, majorly known for his work in Hindi cinema (Bollywood). He has also worked in British films and Hollywood. In his career of nearly 30 years, Irrfan received many awards-- National Film Award and Filmfare Awards in four categories. He is referred to as one of the finest actors that Indian cinema has produced.

Irrfan Khan was born as Sahabzade Irfan Ali Khan on January 7, 1966, in Jaipur, Rajasthan to a Muslim Pashtun family. Irrfan Khan's mother Begum Khan hailed from the Tonk Hakim family and his father Jagiradar Khan was from Khajuriya village near the Tonk district. Irrfan Khan's father ran a tire business and his mother was a housewife.  Irrfan Khan died on April 29, 2020, at the age of 53 years due to colon infection.

Irrfan Khan was a skilled cricketer and was selected for CK Nayudu Tournament-- a stepping stone to First-Class cricket for under 23 players. However, he did not turn up for the tournament owing to lack of funds.

Irrfan Khan was diagnosed with an undisclosed disease in February 2018. The actor put the speculations to an end stating that he was suffering from a neuroendocrine tumour - a rare form of cancer that can target various parts of the body via his twitter handle. The same year Irrfan Khan travelled to London for the treatment.

On April 28, 2020, Irrfan Khan was rushed to Kokilaben Dhirubhai Ambani Hospital in Mumbai where he was treated for colon infection. On April 29, 2020, four days after his mother's death in Jaipur, Irrfan Khan passed away at the age of 53.

1- I suppose, in the end, the whole of life becomes an act of letting go.

2- Sometimes take the wrong train takes you to the right destination.

3- Pack a pillow and a blanket and see as much of the world as you can. You will not regret it. One day it will be too late.

4- Life is very busy these days. There are too many people and everyone wants what the other has.

9- Doubt is useful. It keeps faith a living thing. After all, you cannot know the strength of your faith until it has been tested.

Irrfan Khan landed in a controversy in 2016 over his remarks on 'Qurbani' on Eid-al-Adha. While promoting his movie 'Madaari' Irfan stated that we as humans have forgotten the real meaning of all the festivals and rituals. We have made them a spectacle. Qurbani ek bahut ahem festival hai… it means to sacrifice. A goat was then a prime source of food, and there were many who went hungry. So you had to, in a way, sacrifice something dear to you and distribute it to people.

Later on, after getting widely criticized, Irrfan tweeted, 'Pls Bhaiyon, who r upset with my statement, either u r not ready to introspect or u r in a hurry to reach to a conclusion.'

He also played the role of an office accountant who, after being insulted by his female boss, took revenge. In one of his television series, Irrfan Khan performed the role of a thug who lands in court.

In the year 1998, Irrfan Khan made his Bollywood debut with 'Salaam Bombay.' In the 1990s, he acted in critically acclaimed films-- Ek Doctor Ki Maut, Such a Long Journey, etc. After many television series and unsuccessful films, Irrfan Khan was casted for the lead role in 'The Warrior' by the London-based director Asif Kapadia. The shoot was completed in 11 weeks on several locations in Himachal Pradesh and Rajasthan. When 'The Warrior' opened in international film festivals in the year 2001, Irrfan Khan became famous.

In 2003-2004, Irrfan Khan acted in a short film 'Road to Ladakh'. After the short film received good reviews at international festivals, Ashwin Kumar made a full-length feature film starring Irrfan Khan. The same year, Irrfan Khan played the title role in 'Maqbool' which was an adaptation of Shakespeare's Macbeth.

In 2005, Irrfan Khan acted in a lead role with the movie 'Rog'. Many critics praised his performance. A critic wrote, 'Irfaan's eyes speak louder than his words and every time he is in the frame, be it talking to his buddy Manish or arguing with Suhel, he shows his capability as an actor.'

Even after becoming a known Bollywood actor, Irrfan continued acting in various television series. He also hosted programmes-- Mano Ya Na Mano and Kyaa Kahein. In the year 2008, in id-Identity of the Soul, Irrfan Khan was featured as a narrator.

The turning point came in the year 2008 from the movie Slumdog Millionaire where he played the role of a police inspector. Irrfan Khan and the cast of the movie won a Screen Actors Guild Award for Outstanding Performance by a Cast in a Motion Picture and the film won 8 Oscars.  In 2009, Irrfan Khan acted in the film 'Acid Factory'.

After Irrfan Khan expressed that he wants to do more action movies in his career, he was offered similar roles. In the movie 'New York', he played the role of an FBI agent. His film 'Paan Singh Tomar' was based on the real-life athlete turned dacoit and was widely appreciated.

In 2010, he appeared in the third season of HBO series 'In Treatment' where he played as Sunil, who finds it difficult to come to terms with his wife's death and loneliness after moving to New York. Irrfan Khan also played the adult version of Piscine 'Pi'Molitor Patel in the movie 'Life of Pie'. The film became a huge success worldwide.

In 2013, Irrfan Khan appeared in the movie 'The Lunchbox' which won the Grand Rail d'Or at Cannes Film Festival and received a BAFTA nomination.

In 2014, Irrfan appeared in 'Gunday' and made guest appearances in several movies-- The Xpose and Haider. In 2015, Khan appeared in a lead role in the film 'Piku' with Deepika Padukone and Amitabh Bachchan. He also co-starred in the film 'Jurassic World' the same year. Irrfan also appeared in 'Talvar', 'Jazbaa' alongside Aishwarya Rai, 'Inferno' alongside Tom Hanks.

In 2017, Irrfan Khan appeared in 'Hindi Medium' which earned him several accolades including the Filmfare Award for Best Actor of that year. The movie became a sleeper hit in India as well as China, becoming his highest-grossing Hindi release. Khan also appeared in 'Qarib Qarib Singlle' which was an average grosser.

In 2018, Irrfan Khan appeared in 'Karwan' alongside Dulquer Salmaan, Mithila Palkar and Kriti Kharbanda. The same year, he also appeared in the movie 'Blackmail' opposite to Kirti Kulhari. Irrfan Khan's last movie before his sudden demise was 'Angrezi Medium'.

1- Irrfan Khan was very shy in his school days.

2- Irrfan Khan did drinking and smoking.

3- Irrfan Khan struggled a lot in his life before he became an actor. He did odd jobs such as tutor, repairman, etc.

4- Khan becomes famous after appearing in the famous British film “The Warrior”.

6- Irrfan Khan met his wife Sutapa Sikdar while studying in NSD. They both fell in love and got married on 23 February 1995.

7- Irrfan once said that he can’t afford to watch Jurassic Park in 1993, but in 2015, he appeared in one part of Jurassic Park.

8- Irrfan Khan was arrested twice in Los Angeles because his name gives a terror suspect.

9- In 2012, Irrfan khan changed the name of his spelling from “Irfan” to “Irrfan” stating that he liked the sound of extra 'r' in his name. However, there was no numerology behind this change.

1- I often visualized giving my mother this big black suitcase crammed with notes as those gangsters do in our masala flicks.

2- We're yet to make inroads into the West and the way Chinese cinema is made. I mean, long before Ang Lee's 'Crouching Tiger Hidden Dragon', Bruce Lee had made an impact on the Western audience with his 'Enter The Dragon'. Indian cinema is yet to make that kind of impact. But we're getting there.

1- Hasil-- won the Filmfare Awards for the Best Actor in a Negative Role and was nominated for Zee Cine Awards 'Best Performance in a Villainous Role' in 2004.

3- The Namesake-- won the Alliance of Women Film Journalists for Best Seduction and was nominated for Independent Spirit Award 'Best Supporting Male' and Stardust Awards 'Best Supporting Actor' in 2007.

8- New York-- nominated for Producers Guild Film Awards and International Indian Film Academy Awards for the Best Actor In A Supporting Role in 2010.

19- Irrfan Khan was conferred with an honorary Dubai International Film Festival in 2017.

Irrfan Khan: Works other than acting

1- Irrfan Khan was appointed as the brand ambassador for "Resurgent Rajasthan" in September 2015. This was a campaign by the state government of Rajasthan.

2- Irrfan Khan also lent his voice to the show at the war memorial for the Indian army at Vidhan Sabha Road, Jaipur.

Irrfan Khan was a gem of a person who won the hearts of millions through his acting in numerous National and International films. Irrfan Khan was known for his sheer brilliance of dialogue delivery and soul-stirring performances.