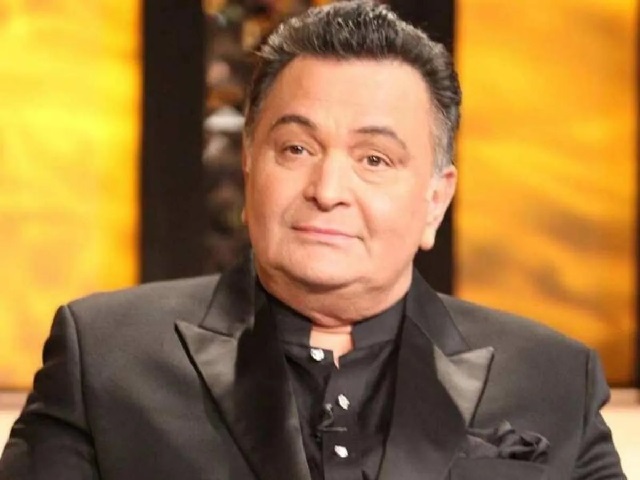 Rishi Kapoor was an Indian actor, director and producer. He won many awards for his outstanding performances in Indian cinema. Rishi Kapoor has enacted opposite to his wife Neetu Kapoor in twelve films. Kapoor died on April 30, 2020, at the age of 67 after battling with cancer for a year.

Rishi Kapoor completed his studies form Campion School, Mumbai and later on did his graduation from Mayo College, Ajmer.

Rishi dated actress Yasmin in his teenage days and broke up with her. As an adult, Rishi Kapoor fell in love with his co-actress Neetu Singh during the shoot of 'Bobby' and dated her alongside with other actresses. Rishi Kapoor also dated actress Dimple Kapadia but after his father's denial, ended his relationship with her. Rishi Kapoor married his 15-time co-star Neetu Singh on January 22, 1980. The couple has two children-- actor Ranbir Kapoor and designer Riddhima Kapoor Sahani.

In 2018, Rishi Kapoor was diagnosed with bone marrow cancer. He went to New York for his treatment and returned after a year in 2019.

On April 29, 2020, Rishi Kapoor was having difficulty in breathing and was rushed to Sir H. N. Reliance Foundation Hospital in Mumbai. He died on April 30, 2020, after a reported cancer relapse at the age of 67.

Rishi Kapoor's first-ever movie role was in his father's film Shree 420. Rishi can be seen walking with two other children through the rain in 'Pyaar Hua, Iqraar Hua' song of Shree 420.

In 1970, Rishi Kapoor made a debut from his father Raj Kapoor's film 'Mera Naam Joker' where he plays the childhood role of his own father. In 1973, he had his first lead role opposite to Dimple Kapadia in the film 'Bobby' and became an instant hit among the youngsters.

From 1974-1997, Rishi Kapoor did films with solo leads and only 11 films did well on the box office while other 40 films were a flop. The 11 hit films were-- Bobby, Laila Majnu, Rafoo Chakkar, Sargam, Karz, Prem Rog, Nagina, Honeymoon, Banjaran, Heena and Bol Radha Bol.

In 1999, Rishi Kapoor directed the film 'Aa Ab Laut Chalen'. In 2000, he did his last romantic lead in the film 'Karobaar: The Business of Love' which was a flop. After his several box office flops as the lead role, Rishi Kapoor did supporting roles in the 2000s.

Rishi Kapoor also acted in the British films-- Don't Stop Dreaming and Sambar Salsa. In 2010, Kapoor paired with Neetu Kapoor in the film 'Do Dooni Chaar'. He also acted in a film Chintu Ji where he plays himself.

In 2012, Rishi Kapoor appeared in  Agneepath as a villain and in multi-starer Housefull with his brother Randhir Kapoor for the first time.

In an interview in 2012, Rishi Kapoor stated, 'I landed in Bobby by default. There was a misconception that the film was made to launch me as an actor. The film was actually made to pay the debts of Mera Naam Joker. Dad wanted to make a love story and he did not have money to cast superstar Rajesh Khanna in the film. So the story was converted to a teenage love story and I was cast.'

In 2018, Rishi Kapoor acted in the movie '102 Not Out' alongside with Amitabh Bachchan after 27 years. In 2019, Rishi kapoor was seen in two films-- Jhoota kahin ka and The Body. These were his two movies that were released before his death on April 30, 2020. Rishi Kapoor was shooting 'Sharmaji Namkeen' before his death.

4- In 2009 – Honoured by the Russian Government for contribution to cinema.

7- In 2011 – Filmfare Critics Award for the Best Actor for the movie Do Dooni Chaar.

8- 2013 – The Times of India Film Awards (TOIFA), Best Actor in a Negative Role for the Agneepath.

2020-- Sharmaji Namkeen (last movie he was shooting before he died)