Union Home Minister Amit Shah has been admitted to hospital for post-COVID-19 care, after he complained of fatigue and body ache for last three-four days, as per the statement released by AIIMS Delhi. Let us learn about his early life, family and political life. 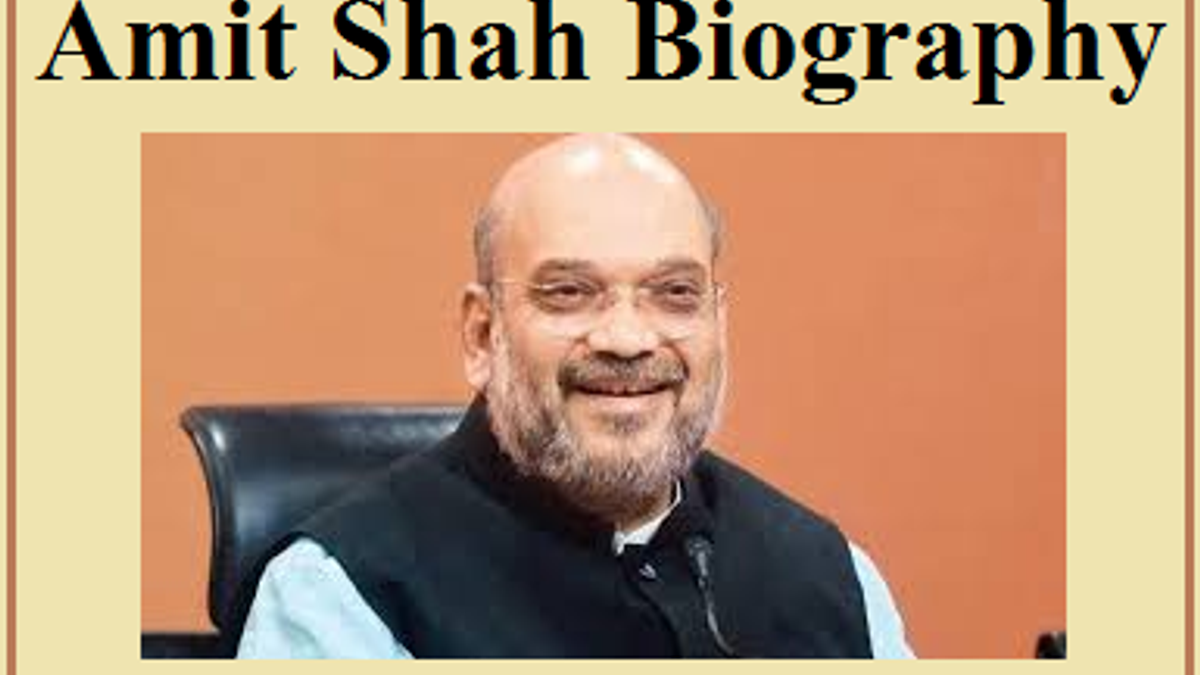 Union Home Minister Amit Shah has been admitted to hospital for post-COVID-19 care, after he complained of fatigue and body ache for last three-four days, as per the statement released by AIIMS Delhi. He tested negative for coronavirus last week. He is continuing his work from the hospital.

Amit Shah was admitted in Medanta, Gurgaon after he tested positive for Coronavirus. On August 14, 2020, he tweeted that he will remain in home isolation for a few more days on the advice of his doctors. However, on the occasion of 74th Independence Day, he hoisted the National Flag from his official residence.

Amit Shah, a person with great political acumen and a dynamic leader has become the Home Minister of India. he has won the Gandhinagar, Gujarat seat by 8.94 lakh votes against Congress rival C J Chavda. He is the most trusted leader in the Modi's brigade and has given the big responsibilities in terms of chasing political ambitions.

Amit Shah served four terms as the MLA of Sarkhej and held a number of important portfolios in the state government during Narendra Modi's tenure as Chief Minister of Gujarat. During his college days, in Ahmedabad, he became a swayamsevak of RSS.

Amit Shah was born on 22 October, 1964 in Mumbai, he is a graduate in bio-chemistry from CU Shah Science College in Ahmedabad and he has joined RSS when he was 14 year old. He has helped his father in his PVC pipes business, and also worked as a stockbroker in co-operative banks in Ahmedabad. His journey in politics has started when he met Narendra Modi through Ahmedabad RSS circles.

Amit Shah was appointed as the president of the Ahmedabad District Cooperative Bank (ADCB) in 2000. When he took charge of the bank, it was running in losses of around Rs 36 Crore and was on the verge of shutting down. Due to Amit Shah's efforts in a year or so, bank recorded profits of Rs. 27 Crore. He is married to Sonal Shah and has a son Jay Shah.

- In Gandhinagar, he campaigned in 1991 for Lal Krishna Advani during Lok Sabha elections.

- He was also elected as an MLA in 1995 from the Sarkhej Constituency in Gujarat and became an MLA 4 more times from the same constituency.

- In 2009, he became the vice-president of Gujarat Cricket Association (GCA).

- In 2012 assembly elections, Amit Shah contested from Naranpura seat and defeated Dr. Jitubhai B. Patel of the Congress. He won by over 60,000 votes.

- He was appointed as the National General Secretary of BJP.

- He was elected to the Rajya Sabha from Gujarat in August 2017.

- In 2019, Narendra Modi's cabinet, Amit Shah is a Minister of Home Affairs.

Amit Shah: As a Gujarat Minister
He contested the 2002 Assembly elections from the Sarkhej constituency in Ahmedabad and won by around 158,036 votes by the highest margin. In Assembly election of 2007 also he again won from Sarkhej again. There is no denying the fact that Amit Shah has emerged as a prominent political leader during Narendra Modi's twelve-year tenure as the CM of Gujarat. After winning 2002 elections, he became the youngest minister in the Narendra Modi government and was given several portfolios. He also played an important role in passing Gujarat Freedom of Religion Act.

In 2019, Lok Sabha elections, according to the Election Commission website, Amit Shah has managed to win 69.7% of the votes. Around 8,80,000 votes were polled in his favour and Dr. CJ Chavda from Congress got around 3,30,000 votes. The key contest in Gandhinagar is between BJP president Amit Shah and Dr. C J Chawda of Congress.

Some interesting facts about Amit Shah

- He is a keen sports enthusiast.

- In 2006, he served as the President of the Gujarat Chess Association and during his period the national competition of chess "National B" was organised in Gujarat.

- In 2014, he was appointed as the President of "Gujarat State cricket Association". With his efforts GCA's "Motera Cricket Stadium"is rapidly growing to be in the category of the world's most modern stadiums.

Amit Shah started his political career as a leader of the student wing of the RSS and in 1986, he joined BJP. He worked hard and earned his place in BJP.