Are You Smarter Than A Second-Grader? Prove Yourself By Solving This Simple Math Riddle.

This math riddle given in the textbook of a 2nd grader has gone viral and divided the internet into two over its answer. See if you can solve this basic math riddle or not.

Saumya Updated: Dec 19, 2022 17:32 IST
Are You Smarter Than A Second-Grader? Prove Yourself By Solving This Simple Math Riddle.

Math is tough, we agree to the statement; but, not always. Math is also easy, especially for second-graders.

However, there is an instance where the internet has divided over the answer of a second-grade math problem.

The riddle, based on the applications of addition, subtraction and basic algebra is confusing even the smartest minds.

Can you solve this viral math riddle and prove your intelligence?

Are You Smarter Than A Second-Grader? Prove Yourself By Solving This Simple Math Riddle.

Let’s take a look at the math riddle below. 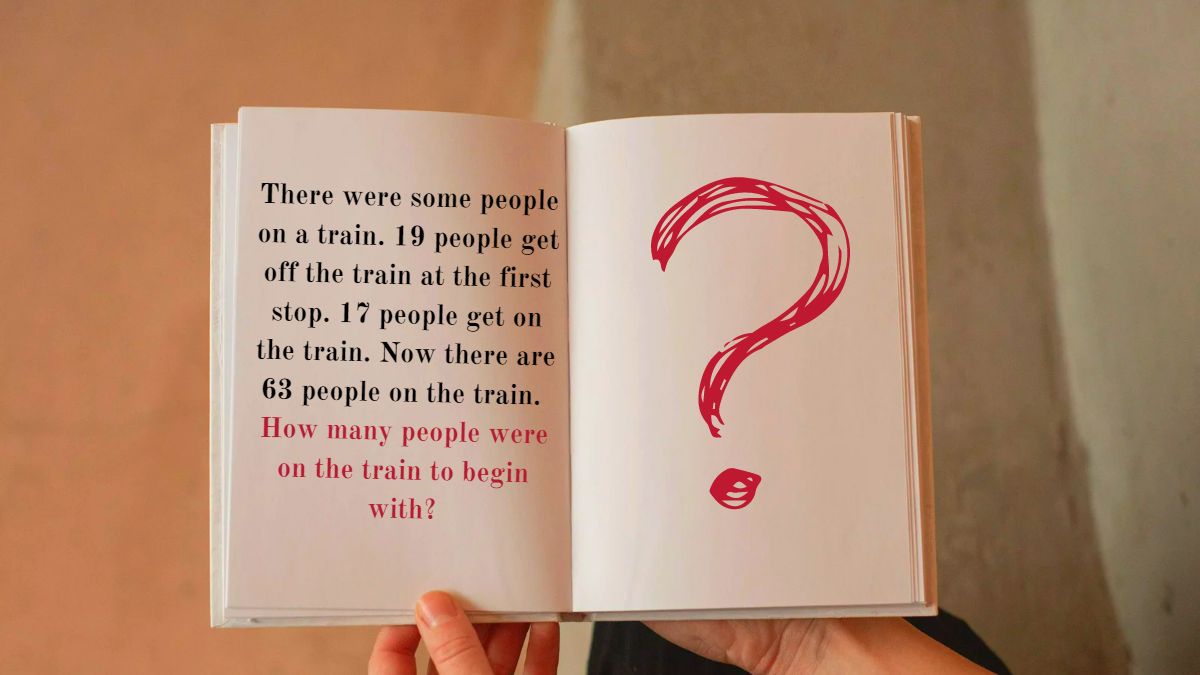 Math Riddle: Can You Count The Number Of Squares In This Picture?

A woman from the United Kingdom posted the question of this math riddle on social networking platform, Twitter, saying, "Have you seen this one? Year 2!!". The tweet is now deleted. After the peculiar math riddle given in the textbook of a second-grader made traction on the internet, it was picked up on by Facebook page that goes by the name, Parents Against Primary Testing. The problem went viral on the internet and several major global media outlets started posting this on their sites.

The math riddle is question is quite simple and needs algebra in order to be solved.

The answer to this math riddle is given right below. But, don’t cheat!

Math Riddle For Exams: 5 Minute-Problems On Time, Speed, And Distance.

The answer to this math riddle is simple. Let’s dive into the calculations.

Let the original number of people on the train be x.

Hence, the original number of people on the train is 65.

Math Riddles With Answers: Can You Solve These Two Basic Math Problems?

There are also several interesting answers to this math riddle, floating around on the internet. Let’s take a look at those:

@LouiseBloxham @MichaelRosenYes It must be zero. Nobody would be on the train at the beginning until the train driver gets on.

0, 1, 2 & 65 are all logically valid answers. Anything else would require justification. @LouiseBloxham @MichaelRosenYes

We hope you liked this math riddle.

Try And Solve This Math Riddle That Has Stumped Even Engineers.

Math Riddle: Even Math Teachers Have Failed To Solve This Viral Stolen Bill Problem. Can You?

Math Riddle: Can You Solve This Children's Math Problem That Has Puzzled Even Adults?