Here is a list of Bills on Law and Order that were introduced and passed in the Parliament in 2019. 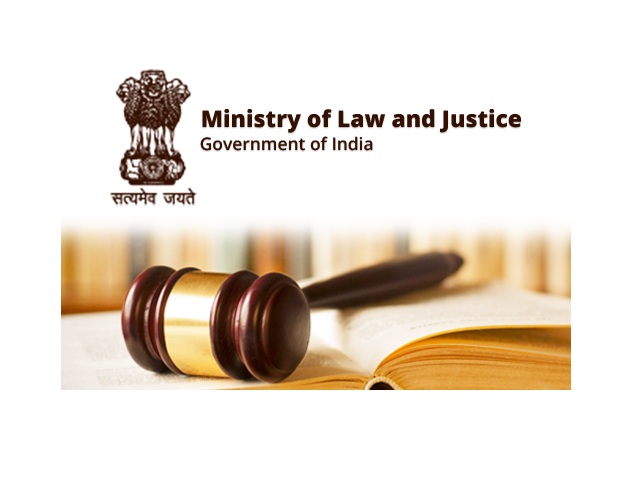 Bills on Law and Order

The government of India has passed several Bills to maintain Law and Order in the country. Here we have listed below the Bills on Law and Order that were introduced and passed in the Parliament in 2019:

Personal Data Protection Bill was introduced in Lok Sabha by Ravi Shankar Prasad (Minister of Electronics and Information) on December 11, 2019. It is referred to as the Joint Parliamentary Committee (Consists of 20 Lok Sabha members and 10 Rajya Sabha Members). After the recommendations made by the committee, it will be tabled in the Lok Sabha and then will be sent to Rajya Sabha. It aims to provide the protection of personal data of individuals by establishing a Data Protection Authority.

2- This Bill proposes that data fiduciaries must implement data encryption, prevent misuse of data and institute grievance redressal mechanisms to address complaints of the individuals.  In addition to this, they must also implement mechanisms for age verification while processing sensitive personal data of children.

5- Online intermediaries which enable the interaction between a user and allows the sharing of information will be included in the Bill. In addition to this, it will also include a voluntary user verification mechanisms for users in India.

6- The Bill proposes to set up a Data Protection Authority will take necessary steps to protect the interests of individuals, prevent the misuse of the personal data of the individuals and will work according to the Bill. The Authority will comprise of a chairman and six members having minimum expertise of 10 years in the data protection and information technology field.

8- Certain agencies can be exempted by the Central Government from the above-mentioned provisions provided that it is in the interest of the security of the state, pubic order, sovereignty & integrity of India, friendly relations with foreign states, and in matters where an individual can be arrested without a warrant.

9- As per the Bill, personal data can be processed for Journalistic purposes; for prevention, investigation, or prosecution of any offense.

10- To render better services to the individuals, the government can obtain non-personal and anonymized data from data fiduciaries.

11- It also amends the Information Technology Act, 2000. It proposes to delete the provisions in the Act where data fiduciaries will pay compensation in case they fail to protect the personal data.

What is personal data?

A data that can be used for the identification of an individual is termed as personal data.

What is sensitive personal data?

Who is a data fiduciary?

A company or an individual deciding the means and purpose of processing personal data of an individual is termed as a data fiduciary. Personal data can be processed only for specific and lawful purposes and the processing is subjected to certain purposes, collections and storage limitations.

Offenses under the Bill:

1- Processing or transferring personal data of an individual violating the provisions of the Bill is a punishable offense either with a fine of Rs. 15 Cr or 4% of the annual turnover of the company subject to whichever is higher.

2- In the case of failure of the data audit the company will be fined either with Rs. 5 Cr or 2% of the annual turnover subjected to whichever is higher.

3- Without the consent of the individual processing of the de-identified personal data or re-identification of personal data is a punishable offense up to 3 years or fine or both.

Read: List of 80 Important Articles of the Constitution at a Glance

2- The Constitution (One Hundred and Twenty-Sixth Amendment) Act

Provision of the Act:

The Constitution since its enactment for 70 years now has provided the reservation of seats for Scheduled Castes and Scheduled Tribes and the representation of the Anglo-Indian community by nomination in Lok Sabha and Legislative Assemblies of states. This will expire on January 25, 2020. Therefore, the Bill seeks to extend this reservation for 10 more years i.e., January 25, 2030.

Provision of the Act:

The Act has increased the number of Judges in Supreme Court to 33 excluding the Chief Justice of India. Previously, this number was 30.

4- The Repealing and Amending Act

The Repealing and Amending Bill was introduced in Lok Sabha on July 25, 2019, by Ravi Shankar Prasad (Minister of Law and Justice) and was passed in the Lok Sabha on July 29, 2019, and in Rajya Sabha on August 2, 2019. It repeals 68 Acts and amends two other laws.

1- The Act repeals 68 laws listed in the First Schedule of the Constitution. These include The Beedi Workers Welfare Fund Act of 1976 and The Motor Vehicles (Amendment) Act of 2001.

2- It also amends by substituting certain words in the Acts. These include The Income Tax Act of 1961 and The Indian Institutes of Management Act of 2017.

5- The Arbitration and Conciliation (Amendment) Act

1- The Bill aims to establish an independent body called the Arbitration Council of India. The council will look into the promotion of arbitration, conciliation and other mechanisms.

2- The council will consist of a chairman provided that he is either the Judge of Supreme Court/ High Court or Chief Justice of High Court or an eminent person with enough expertise and knowledge related to arbitration. In addition to this, eminent arbitration, or a person with experience in arbitration and government appointees will be the members of this council.

3- Previously, parties were free to appoint arbitrators but under this Act, SC and HC can designate the arbitral institutions and parties can approach the appointment of the arbitrators.

5- If there are no arbitral institutions available, Chief Justice of the concerned High Court will maintain a panel of arbitrators. However, the application for the appointment of an arbitrator must be disposed of within 30 days.

7- Written claims and defense to these claims must be completed within a time period of six months of the appointment of arbitrators in arbitration proceedings. Previously, there was no set time limit.

8- Details related to arbitration proceedings will be kept confidential. Only the details of the arbitral award under specified circumstances can be disclosed.

9- As per the Bill, the 2015 Act will only be applicable to arbitral proceedings which started on or after October 23, 2015.

It is an alternative way to settle disputes outside the court by an independent third party.

2- NDIAC will consist of seven members. These will include a Chairperson(Judge of SC or HC; person having knowledge and experience in arbitration), two people having enough knowledge and experience in institutional arbitration, three ex-official members (a nominee from Ministry of Finance and a Chief Executive Officer), a person from recognized body of commerce and industry on part-time or rotational basis.

4- The NDIAC will maintain and provide training in the form of conferences, seminars in Alternative Dispute Resolution (ADR), facilities and assistance to carry out the arbitration, mediation and conciliation proceedings.

5- The NDIAC accounts will be audited and certified by the Comptroller and Auditor-General of India.

6-  The Bill aims to transfer International Centre for Alternative Dispute Resolution (ICADR) to the central government.

Bills on Law and Justice passed in 2019 are as follows:

2-The Constitution (One Hundred and Twenty-Sixth Amendment) Act

4-The Repealing and Amending Act

5- The Arbitration and Conciliation (Amendment) Act

Read: From CAA to Revocation of Article 370: List of Civil Bills passed in 2019