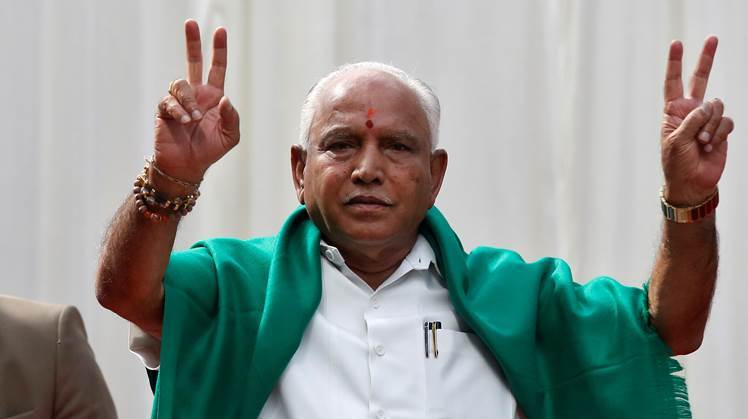 Children: B. Y. Raghavendra, B. Y. Vijayendra and 3 daughters

2. He elected Member of Legislative Assembly for the 7th time in May 2013.

3.He became President of Karnataka State BJP Unit in 1988.

As of now B. S. Yeddyurappa is a big name in the BJP in the southern region. He is all set to become the next Chief Minister of Karnataka.

He had been associated with the Rashtriya Swayamsevak Sangh from his college days. His political journey started with student movement.

In 1975, he was elected President of the Town Municipality of Shikaripura. He was imprisoned for 45 days during emergency imposed by the Indira Gandhi in 1975.

He resigned from the BJP citing bad behaviour of the BJP High Command and formed his new party the Karnataka Janata Paksha.

Although he merged his party with the BJP in 2014 and elected to the 16th Lok Sabha from the Shimoga constituency. He again elected for the Karnataka Legislative Assembly in May 2018 and sworn in as the the Chief Minister of Karnataka. But he has to resigned within two days because of short majority in the house.

Now the opportunity knock once more and he is all set to take the oath of Chief Minister of Karnataka for the record 4th time. Let see how long this new government survive.