What is BlackRock Android Malware?

After 'Joker' which affected 24 apps on Google Play Store, a new malware, 'BlackRock', has been spotted on the Play Store, which is stealing crucial information about the bank account and other login credentials. 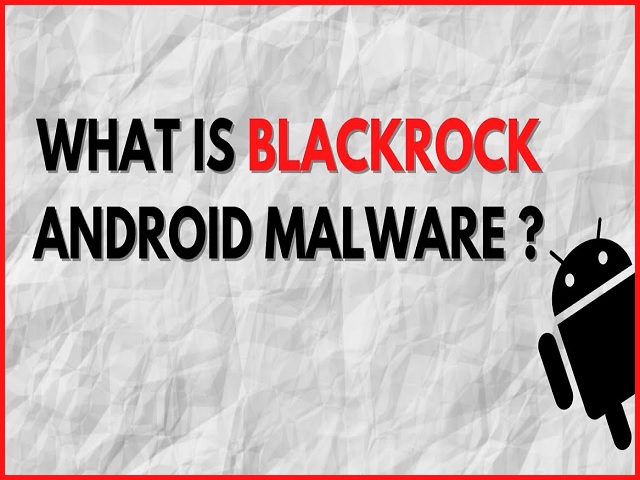 After 'Joker' which affected 24 apps on Google Play Store, a new malware, 'BlackRock', has been spotted on the Play Store and is stealing crucial information from 337 apps-- Facebook, Gmail, Amazon, Netflix, Tinder, Uber and more, about your bank account and other login credentials.

ThreatFabric, a security firm, first alerted about a new malware, BlackRock. The malware is stealing crucial information about your bank account such as passwords, credit card details from various apps apart from online banking apps.

The malware is based on the leaked source code of the 'Xeres' banking malware, which is derived from 'LokiBot' banking malware. BlackRock can target more apps than previous malware.

How does the malware attack?

Once the BlackRock malware is successfully installed on a smartphone, it monitors the targetted app. As soon as the user enters his bank credentials, the information is sent to the server.

BlackRock malware is derived from banking malware but is not limited to only banking apps. It also targets other apps ranging from Lifestyle, Music, News, etc. and steals the passwords and other information on the apps.

As per a blog post by ThreatFabric, 'The Trojan will redirect the victim to the HOME screen of the device if the victims try to start or use antivirus software as per a specific list including Avast, AVG, Bitdefender, ESET, Symantec, Trend Micro, Kaspersky, McAfee, Avira, and even applications to clean Android devices, such as TotalCommander, SD Maid or Superb Cleaner.'