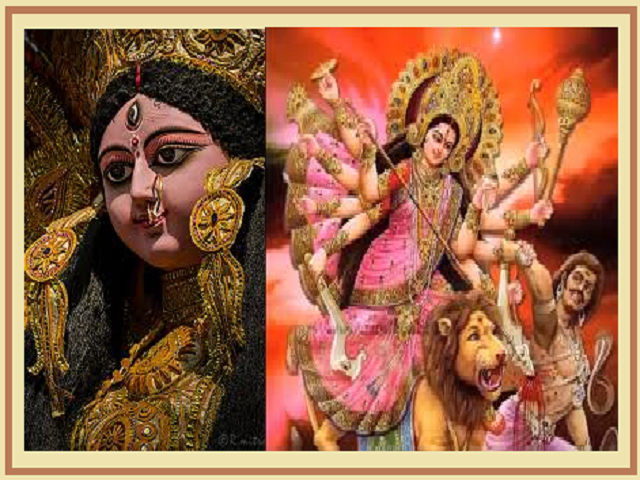 In Andhra Pradesh, Telangana and Karnataka states of India, Ugadi is the New Year’s Day. It is celebrated in these regions on the first day of the Hindu lunisolar calendar month of Chaitra.

Every year Navratri is celebrated for 9 nights and 10 days. Navratri is made up of two names Nav means nine and Ratri means nights. During Navratri, nine forms of Goddess Durga are worshipped namely Shailaputri, Brahmacharini, Chandraghanta, Kushmanda, Skandamata, Kaalratri, Katyayani, Mahagauri and Siddhidhatri.

According to the Hindu calendar, several festivals are celebrated and Navratri is one of them. In a year, Navratri falls four times. Sharada Navratri and Vasanta Navratri or Chaitra Navratri are the two Navratri festivals that are mainly celebrated in most parts of the country.

As per Hindu belief, Lord Shiva allowed his wife Durga to visit her parent’s house for nine days. During these nine days, it is said that the goddess killed demon Mahishasura that signifies the victory of good over evil. It is also believed that worshipping Durga provides inner strength to the devotees. During Navratri season several Hindu women also visit their homes.

It is a nine-day festival that signifies the victory of good over evil. It is believed that worshipping Goddess Durga provides inner strength shakti (power). It also helps in getting salvation and people seek her blessings for the future. Wishes of the people are fulfilled.

Chaitra Navratri has special significance in astrology as the Sun sign changes from Chaitra Navratri. Lord Sun, after completing his journey in 12 zodiac signs, again enters the first zodiac i.e. Aries zodiac to complete the next cycle.

Chaitra Navratri begins with Pratipada of Shukla Paksha in Chaitra, the first month of the Hindu calendar. According to the Brahma Purana, Brahma started the creation of the world from Chaitra Pratipada. It is from the Chaitra Navratri that the calendar of the Hindu New Year begins to be counted. Some people believe that Maa Durga descended on the first day of Chaitra Navratri and Brahma started the work of creation of the universe at the behest of Mother Durga. This is why Hindu New Year begins with Chaitra Shukla Pratipada.