When we hear about the word chocolate, taste burst in the mouth. We start thinking of chocolate bars, candy, delicious truffles, etc. Do you know who invented chocolate first? What is the history behind chocolate? Who made chocolate first and how? Let us have a look! 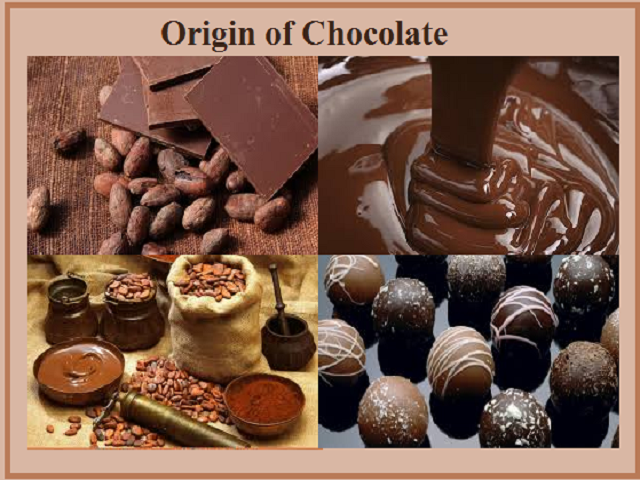 Valentine's week has been started and it starts with Rose Day. Chocolate Day is also celebrated on 9 February. On this day we gift chocolates to dear and near ones, offer chocolates to colleagues, friends, etc. Nowadays chocolates come in several flavours.

The history of chocolate dates back to the ancient Mayans and even earlier to the ancient Olmecs of southern Mexico. Do you know earlier chocolate was a bitter beverage, not a sweet, edible treat?

Brief History of Chocolate: Who invented Chocolate and how is it made?

Chocolate has a 4000-year history that began in ancient Mesoamerica, present-day Mexico. First cacao plants were found here from which chocolate was made. Let us tell you that in Latin America there was a civilisation named Olmec who turned cacao plant into chocolate. During rituals, they drank chocolate and also used it as medicine.

After centuries, the Mayans praised chocolate as the drink of the gods. Mayan chocolate was not sweet but made up of roasted ground cacao seeds mixed with chillies, water, and cornmeal. They poured this mixture from one pot to another and create a thick foamy mixture known as "xocolatl" that is "bitter water".

By the 15th century, the Aztecs started using cocoa beans as currency. According to them, chocolate was a gift from the god named Quetzalcoatl and drank it as a refreshing beverage, an aphrodisiac, and even to prepare for war.

There is no evidence of how chocolate reached Spain but it is considered that Legend Hernan Cortes in 1528 brought chocolate to his homeland. It is believed that Cortes discovered chocolate during an expedition to America. He was searching gold and instead of it, he found a cup of cocoa given to him by the emperor Aztec. 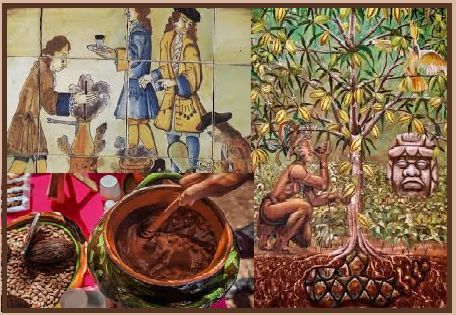 The King of French named Louis XIII married Anne of Austria who is the daughter of Spanish King Phillip III. In the celebration, she brought samples of chocolate to the royal courts of France. Soon, chocolate reached Britain at special "chocolate houses". The trend of chocolate spreads in Europe and several nations. They then started planting cacao and its plantation increased along the equator.

It remained popular in European aristocracy. For the health benefits, royals and the upper classes consumed chocolate. At that time chocolate was produced by hand, which was a slow and laborious process. But with the Industrial Revolution situations and methods changed.

The invention of the chocolate press revolutionised chocolate making in 1828. This device squeezes cocoa butter from roasted cacao beans and generates a fine cocoa powder. This powder was then mixed with liquids and poured into a mold, where it solidified into an edible bar of chocolate. Like this, the modern era of chocolate was born.

Chocolate is prepared from the fruit of cacao trees, which are native to Central and South America. These fruits are known as pods and each pod contains around 40 cacao beans. The beans are dried and roasted to form cocoa beans.

Some interesting facts about Chocolate

As we know there are various types of flavours in chocolates that are produced by varying the quantities of the different ingredients.

- Daniel Peter, a Swiss confectioner, in 1875, developed the first solid milk-chocolate using condensed milk, which had been invented by Henri Nestle.

- In the United Kingdom, Cadbury is the leading brand of milk chocolate.

- Dark chocolate is known as "plain chocolate" that is produced by using a high percentage of cocoa with cocoa butter containing fat instead of milk. There are dark milk chocolates also and several degrees of hybrids.

- Dark chocolate is termed as semisweet and bittersweet consisting of some amount of added sugar and traditionally used in the United States.

- High quality of dark chocolate is known as Couverture chocolate. It has a high percentage of cocoa solids and cocoa butter and is precisely tempered. This chocolate is used by professionals for dipping, coating, molding, and garnishing. In French 'Couverture' means 'covering'. Popular brands of Couverture chocolate are Valrhona, Scharffen Berger, Callebaut , and Guittard.

- White chocolate is made up of sugar, milk and cocoa butter, without using cocoa solids.

- Barry Callebaut created a type of chocolate known as Ruby chocolate. It is said it was in a process of development since 2004 and was released to the public in 2017. It is made from Ruby cocoa beans, consists of red distinct colour and different flavour. It tastes like 'sweet and sour'.

- Raw chocolate is unprocessed chocolate that is not heated or mixed with other ingredients.

- Compound chocolate is formed by combining cocoa with other vegetable fat, usually tropical fats or hydrogenated fats, as a replacement of cocoa butter.

- Modelling chocolate is a combination of melted chocolate, corn syrup, glucose syrup or golden syrup. It is used by cake bakers to decorate cakes and pastries.

- After extracting almost all the cocoa butter, cocoa powder is formed which is used to add flavour in baking and in making chocolate drinks.

Now, you may have come to know about the origin of chocolate, how is it made and some facts related to types of chocolates.