World Nutella Day is observed on 5 February every year for all the lovers of chocolates and hazelnuts. People share pictures and recipes on social platform, with their friends, relatives and do get together. How Nutella got its name, what is the history behind World Nutella Day? Let us find out! 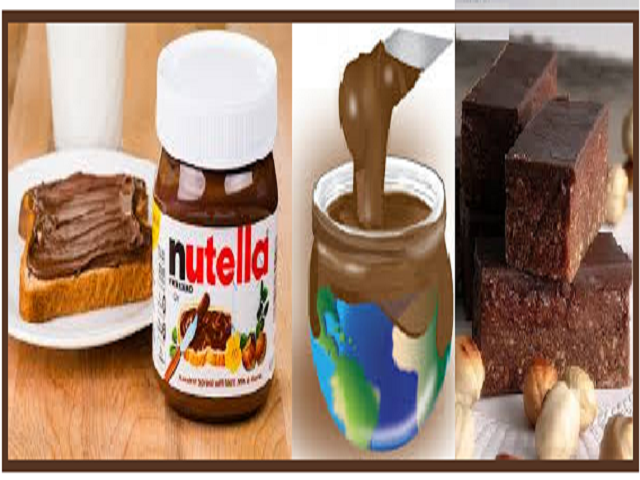 World Nutella Day celebrates the fusion of hazelnut with cocoa. Nutella is produced by the Italian company Ferrero. Earlier, it was only known to the Italian market but now it becomes a global confectionery sensation and sold in more than 70 countries.

How Nutella got its name?

The story of Nutella closely resembles the saying “necessity is the mother of invention”.

During the 19th century, chocolatiers in the Piedmont area of north-western Italy were left with huge problems. Cocoa was not much available and the price of it was high. People were worried that how they will make chocolate confectionary items. Then, an idea hit them and they decided to fuse hazelnuts with chocolate because hazelnuts were available in large quantities. They named the mixture of hazelnuts and chocolate as Gianduia which is the foundation recipe of Nutella.

Again during World War II, the price of chocolates increased and become scarce. Pietro Ferrero had a bakery in Alba, Piedmont and to increase the sale of chocolate, he decided to use hazelnuts with chocolate. He named the product as Pasta Gianduja and sold extensively in the 1940s. Then in 1951, he decided to launch a creamy version of this paste and named it Supercrema. In 1963, the Supercrema recipe was bit changed and marketed all over Europe. This new recipe was renamed as Nutella. In April 1964, the first jar of Nutella was sold and soon it became popular and sold like hotcakes.

An American blogger, Sara Russo founded this day which is now celebrated across the world. In 2000, she lived in Italy and loved to eat Nutella and several recipes made through it. When she went to the United States, she took the jars of Nutella because it was not much popular in the USA and so not much sold. She then wondered the Nutella spread is so delicious but why was it not popular in the United States. In 2007, she sent an email to her friend Shelley Ruelle, a fellow blogger asking her to join in hosting the World Nutella Day. She replied a big yes. On 6 February, 2007, the first World Nutella Day was celebrated. After a year, the date was changed to 5 February. Since then, every year World Nutella Day is celebrated on 5 February across the world.

People do several activities and make this day an unforgettable one. People share various recipes on this day via social platforms or gather together and share. Host a Nutella party and invite friends, relatives. People celebrate this day with their styles. Like at the corner of Lake and Michigan Avenue (Chicago), there is a Nutella cafe that will offer free personalised jars to the first 100 people who purchase any menu item in the cafe. The cafe will offer various brunch and dessert options, from chocolate crepes and espresso drinks to Nutella flavoured ice cream and shakes.

Therefore, World Nutella Day is celebrated on 5 February annually to share their views regarding Nutella and its fabulous combinations.