The National Investigation Agency (NIA) acts as the Central Counter Terrorism Law Enforcement Agency. The agency is authorised to investigate any terror related matter across the country without special permission of the states. Although the state government can request the Central Government to hand over the investigation of a case to the NIA.

Vision of the NIA

“To set the standards of excellence in counter terrorism and investigate matters related to national security by developing a highly trained, partnership oriented workforce.”

Who Works in NIA?

Officers of the NIA are chosen from the Indian Police Service, Indian Revenue Service, state police, Income Tax as well as officers from the Central Armed Police Forces like CRPF, ITBP, BSF etc.
In addition to this new faces are also recruited in NIA through exams.

The founding Director-General of NIA was Radha Vinod Raju, and he served till 31 January 2010.  Currently Y. C.Modi is the Chief of NIA who is serving this post since 2017. 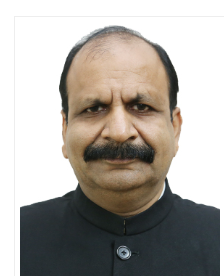 Main functions of NIA are;

NIA has registered and investigated 244 cases till date. After submission of charge sheets, 37 cases have been finally or partially decided in trial while 35 cases have ended in conviction. The conviction rate of this anti-terrorism agency is currently 92%.

What is the difference between the FBI and CIA?

1. To investigate terror related cases or to make strategy to combat terrorism.

2. To Study and analyse laws related to terrorism in other countries and regularly evaluate the efficacy of existing laws in India and propose changes when seems necessary.

3. To investigate and prosecute offences affecting the sovereignty, security, integrity of India, and security of State.

4. To have friendly relations with foreign States and other other international organisations.

5. To implement international treaties, agreements, conventions and resolutions of the United Nations, its agencies and other International organisations.

NIA has banned some notorious terrorist groups. Their names are;

In the end it can be concluded that National Investigation Agency (NIA) is doing great job in combating terrorism. Perhaps that is the reason that the country don’t experience much terror attacks in civilian areas.

Central Bureau of Investigation:Structure and Functions