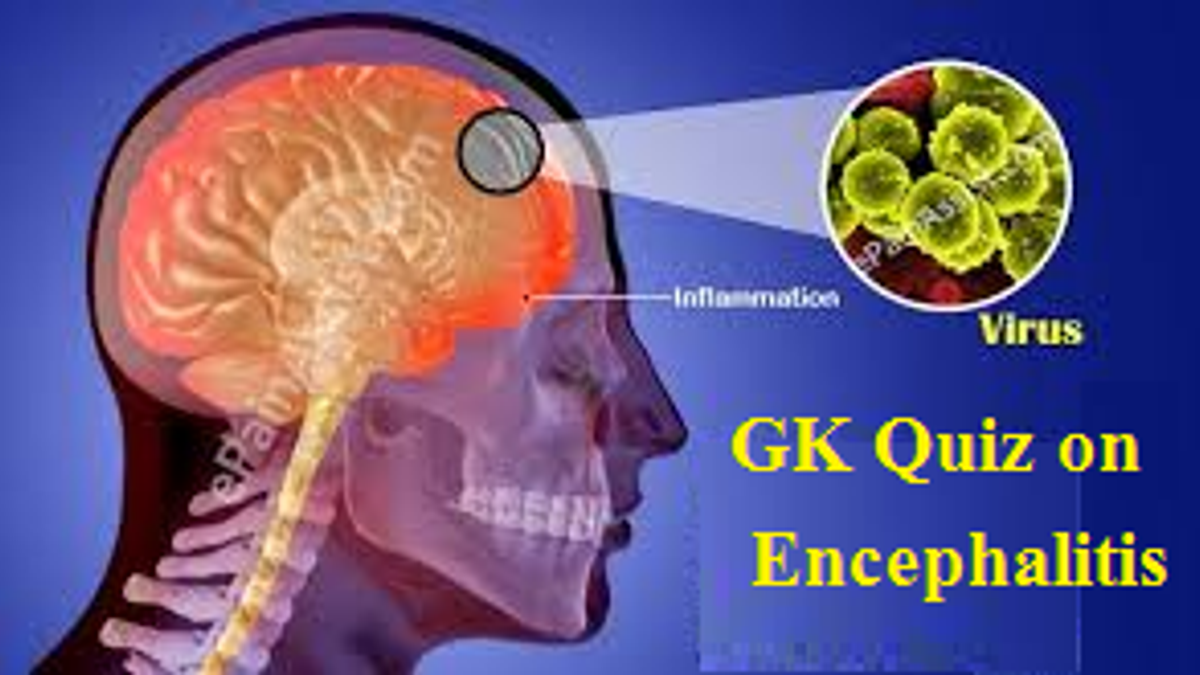 10 GK Questions and Answers on Encephalitis or Chamki Fever

8. Treatments given to encephalitis or AES patients are:
A. Corticosteroids
B. Mechanical ventilation
C. Anticonvulsants
D. All the above
Ans. D
Explanation: Treatment of encephalitis basically focuses on the symptoms. Corticosteroids may be given to reduce the brain's inflammation. If symptoms of patients are severe then they may need mechanical ventilation to help them breathe. Anticonvulsants are also sometimes given to the patients who have seizures.

9. What can be the main cause of the death of children in Bihar suffering from encephalitis or AES?
A. By eating unripe lichees.
B. By eating unripe apple.
C. By eating unripe banana.
D. None of the above
Ans D
Explanation: In Bihar, Muzzaffarpur malnourished children ate raw lichees and did not have a proper meal after eating it. Due to which blood sugar level fall and some children went to coma right away.