Here is the quiz of 10 questions based on the Parliamentary System in India along with answers and explanation of the answers. In India, it is the Supreme Legislative body and pride of any citizen. Constitution Day is celebrated on 26 November, as on this day the Constituent Assembly adopted the Indian Constitution. Let us have a look on tha Parliamentary System of India in the form of questions and answers. 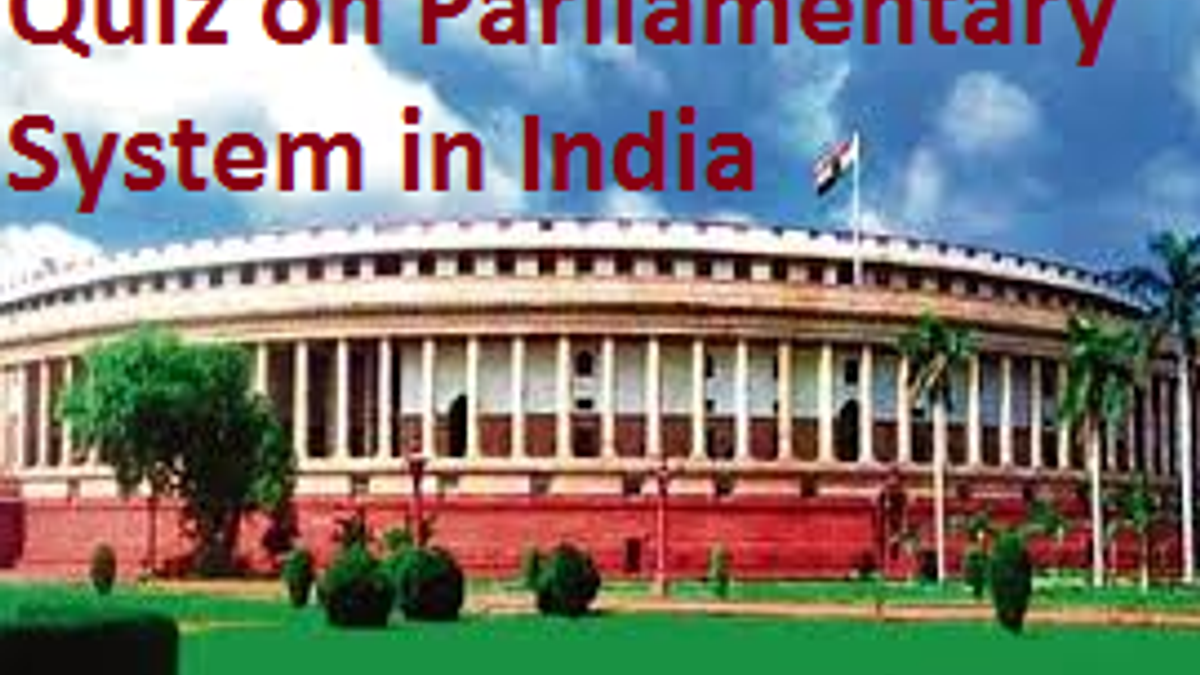 The Parliament of India is a bicameral legislature composed of President of India and consists of the two houses: the Lok Sabha and the Rajya Sabha. The legislative proposals are brought in the form of bills here and it becomes an act when passed by both the houses of parliament and approved by the President of India. Parliament House is also known as Sansad Bhavan which is located in Delhi. Let us study more about Parliamentary system through this quiz.

1. “Parliamentary Government” is also known as....

Explanation: The Parliamentary Government is also known as cabinet government or Responsible Government responsible and Westminster forms of government and is prevalent in Britain, Japan Canada, India and other countries.

2. Which of the following characteristics is not related to Parliamentary Government?

(A) Resolution of lower house

(C) Leadership of the Prime Minister

3. Which of the following is not the merit of the Presidential System?

(B) Confirmation in policies

Explanation: Features of presidential system are: single executive, non-responsibility, political homogeneity may not exist, domination of president, no dissolution power of lower house and separation of powers.

4. Which of the following is a demerit of the Parliamentary System?

(B) Uncertainty of policies

Explanation: All of the above are demerits of the Parliamentary System.

5. Which of the following statements is not correct?

(A) According to the 42nd and the 44th amendment, it is compulsory for president to comply with the advice of the Council of Ministers.

(B) Presidential System is based on double executive.

(C) According to the Article 74 the Council of Ministers works under the leadership of the Prime Minister.

(D) Article 74 and 75 provides parliamentary system in the center.

Explanation: Presidential System is based on single executive.

6. Which of the following characteristics is not related to the Presidential System?

(A) Governance of the Prime Minister

Explanation: Presidential System is the Governance of the President.

7. Which of the following characteristics is not related to the federal government?

(C) Supremacy of the Constitution

Explanation: Flexible Constitution provision is not related to the federal government.

(A) All the powers and functions are vested in the Central Government and Regional Government.

Explanation: Both A and B

9. The Federal System in India is based on the model of which country?

Explanation: The Federal System in India is adopted from the Canada.

10. Which of the following statements is wrong?

(A) Lok Sabha represents the people of India.

(B) The Rajya Sabha represents the states.

(C) There are only 98 topics in the center list at this time.

Explanation: The Union List or List-I is a list of 101 items given in Seventh Schedule in the Constitution of India on which Parliament has exclusive power to legislate.