Youngest Hot Jupiter Planet: All you need to know about the latest discovery by the astronomers

Hot Jupiter Planet: The exoplanets outside our solar system are known as hot Jupiters as they are of the same size as Jupiter and are gas dominated planets. Astronomers have recently discovered the youngest hot Jupiter Planet. 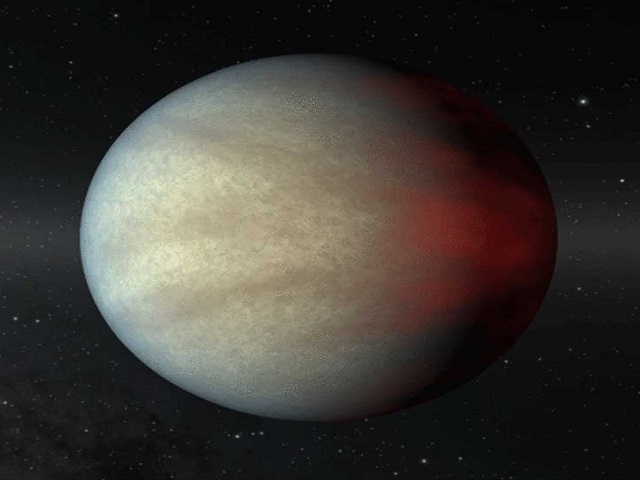 Most of us have been taught about the 8 planets in our solar system but over the last 25 years, more than 4,000 exoplanets have been discovered by the scientists outside the solar system. These exoplanets are called hot Jupiters as they are almost same in size as Jupiter and are gas dominated planets. These planets orbit extremely close to their parent stars and complete their orbital path in 18 hours.

HIP 67522 b takes only 7 days to complete its orbital path around the parent star having the mass same as the sun. This youngest exoplanet is located 490 light-years away from Earth and has a diameter 10 times to that of the Earth.

NASA's Transiting Exoplanet Survey Satellite (TESS) identified HIP 67522 b as a planet candidate. The TESS identifies planets with the help of the transit method. In this method, the scientists search for a small dip in the brightness of the star. This small dip indicates that a planet has passed between the observer and the star. However, some planets have a dark blot on their surface and are also known as sunspots or starspot. Thus, to confirm the transit signal and the newly discovered planet, scientists used data from NASA's Spitzer Space Telescope, retired in January this year.

The latest discovery adds hope in more young hot Jupiters and also provides more knowledge about the formation of the universe.

There are several hypotheses on how hot Jupiters are so close to their parent stars. First, they simply form there and stay put. However, this hypothesis is slightly impossible as the environment is very intense and vapourise the materials, thus, it's hard for a planet to form in such close proximity.

The third hypothesis state that these exoplanets get close to their stars later due to the gravity of other planets. However, this hypothesis doesn't fit well as the latest hot Jupiter is already close to the parent star.

As per Yasuhiro Hasegawa, there's nothing clear about the formation of these hot Jupiters and thus it cannot be said which hypothesis is true.