Every eight years, the extraordinarily illuminated planet Venus passes directly in front of the Pleiades open star cluster (M45) on April 3, 2020. You can watch this without any optical aid too. 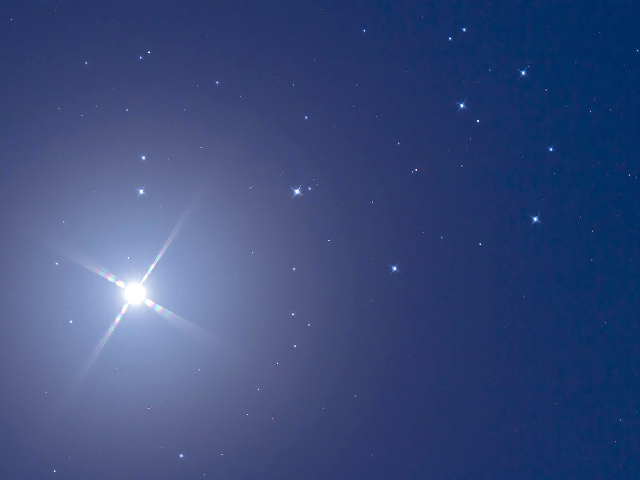 After every eight years, the brightest planet and therefore the best-known open cluster sometimes seems to be a bit farther apart while sometimes they're closer together. This year may be a good one for viewers in North America as Venus will pass a mere 1/4 degree south of Alcyone, the brightest star within the cluster. On the other hand, for the viewers in the farther east, the planet will brush by Merope. Don't forget to watch this amazing sight on April 3, 2020.

Venus and Earth are in what's called a near resonance. As a result, Earth and Venus return to just about equivalent positions in their orbits at eight-year intervals, which is why we get an occasion like this Friday's infrequently.

In fact, Venus visits the Pleiades' neighbourhood often, but it's just one occasion every eight years that the earth strolls throughout the cluster. Since the orbital paths of Venus and Earth are elliptical and not perfect circles, this resonance effect is imprecise.

In addition, Venus's orbit is tilted with reference to Earth's path around the Sun by 3.4 degrees, which ends up in slightly different albeit similar passages every eight years.

Venus currently blazes at magnitude -4.6 so and is almost 20 times brighter than Sirius, the night sky's brightest star. Looking towards the sunset direction and halfway up the western sky during evening twilight, and therefore the brightest object is going to be the earth as the sky darkens, more and more Pleiades cluster members will start appearing.

People can see them without optical aid, but binoculars will greatly enhance the view. Those who have access to a little telescope with a wide-field eyepiece should see Venus as a small, fat illuminated crescent.

As per Diana Hannikainen, Sky & Telescope's Observing Editor, 'Don't despair if the weather forecast is dismal for your location this coming Friday.' She further added, 'During several evenings before and several evenings after the event, Venus is still pretty close to the Pleiades and will make for a delightful scene nevertheless. So, go outside, starting tonight, and look up.'

What is a VPN and How to connect it on Phone and Desktop?

Venus will remain within 5 degrees of the cluster through April 9th. The event will also be live-streamed at Gianluca Masi's Virtual Telescope site starting at 1:30 p.m. Eastern Daylight Time (17:30 UT).