Biochemical Cycles are accompanied by two types, i.e. Sedimentary Cycles and gaseous cycles. In this write-up, we have explained what are the impacts of different cycles on sustaining the life process on earth. 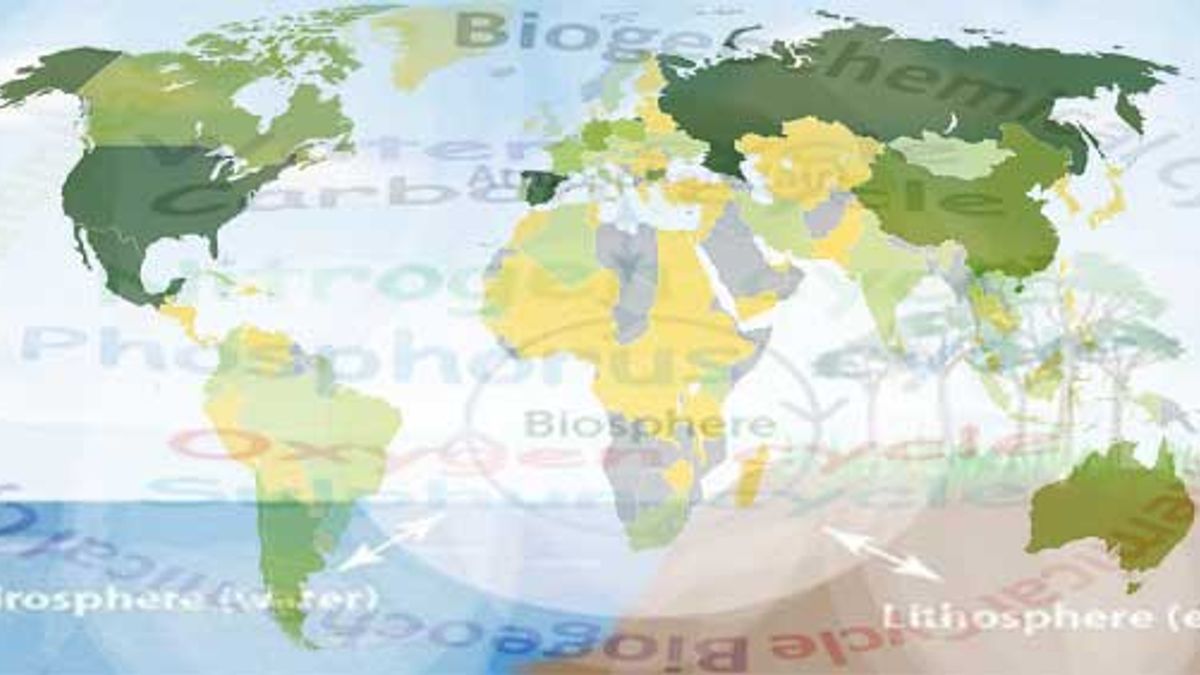 The one-third of the solar energy absorbed by the earth through the exchange of water among air, land, sea, living plants and animals drives this cycle. The water cycle, through evaporation and precipitation, maintains hydrological systems which form rivers and lakes and support in a variety of aquatic ecosystems. This continuous process of evaporation, transpiration, precipitation, surface ran-off and ground water movements are balanced by the Hydrological cycle. Nitrogen is an essential constituent of organic molecules such as amino acids, proteins, nucleic acids and vitamins. These elements are abundant in the atmosphere, but they cannot be used in gaseous form. So, some bacteria like azotobacter and clostridicum convert atmospheric nitrogen into amino acids, which can be used by the plants and then transferred to the animals. The conversion process of nitrogen gas into ammonium and nitrate form is called biological nitrogen fixation. Carbon is the basic constituent in all organic components. In the process of photosynthesis, carbon dioxide from the atmosphere is used in the production of carbohydrate (Glucose- C6H12O12). This is further transferred to other trophic levels with the help of food chains. Some carbon returns to the atmosphere as CO2, during the process of respiration. Carbon dioxide is also released during the decay of dead plants and animals as well as burning of the fossil fuel.

What are Carbon Footprint and Carbon Offsetting? Phosphates are necessary for the growth and maintenance of animal and human bones and teeth while organophosphates are required for cell division involving production of nuclear DNA (deoxyribonucleic acid) and RNA (ribonucleic acid). The phosphate is extracted from the   environment by the plants through roots after the break down of the rocks. Then it transfers to the food chain. When plants and animals decompose then phosphate is release in the soil. Sulphur and its compounds are required by plants and animals for synthesis of some amino acids and proteins. It is exchanged within the ecosystems through sulphur bacteria. Within the terrestrial portion, the cycle begins with the weathering of rocks, releasing the stored sulphur. The sulphur then comes into contact with air where it is converted into sulphate (SO4). The sulphate is taken up by plants and microorganisms and is converted into organic forms; animals then consume these organic forms through foods they eat, thereby moving the sulphur through the food chain.