How Ionic Compounds are formed?

Ionic compounds are also known as electrovalent compounds. The chemical bond formed by the transfer of electrons from one atom to another is known as Ionic bond. These compounds contain ions. Through this article we will study about the ionic compounds, how they are formed with examples etc. 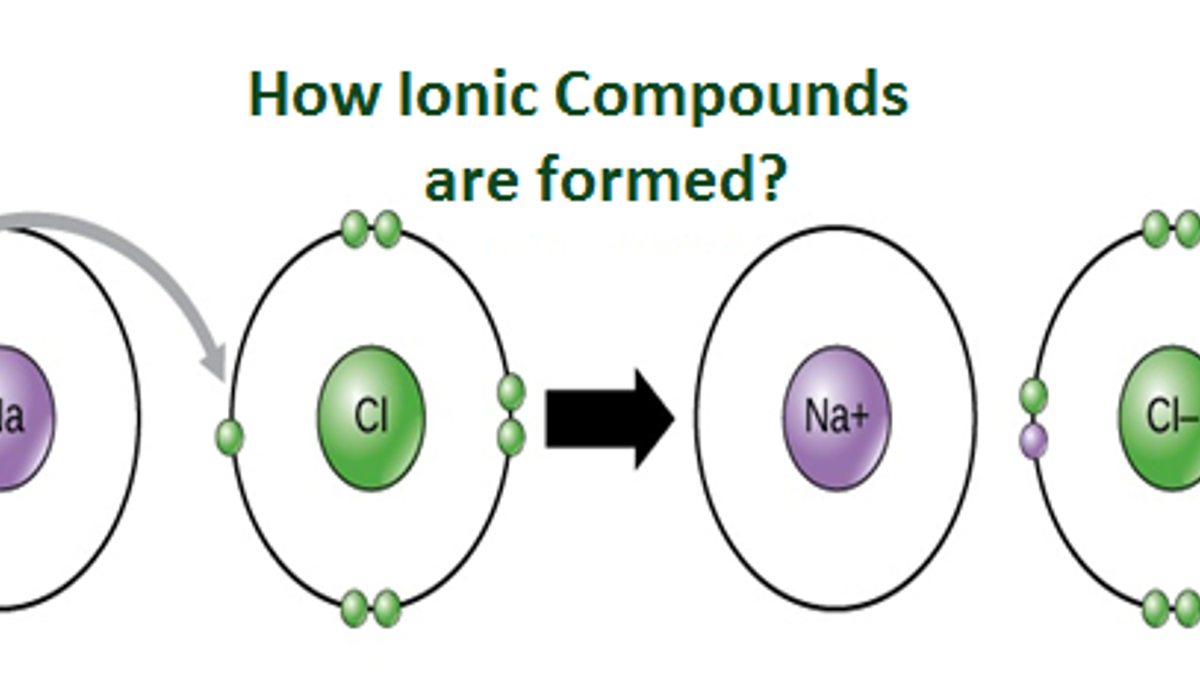 What are Ionic Compounds and how they are formed?

An Ionic bond is formed when one of the atoms can donate electrons to achieve the inert gas electron configuration and the other atom needs electrons to achieve the inert gas electron configuration. That is the chemical bond formed by the transfer of electrons from one atom to another. Ionic bond is also known as electrovalent bond and compounds composed of Ionic bonds are called ionic compounds. Therefore, it will not be wrong to say that ions form ionic compounds.
When a metal reacts with a non-metal, then they form ionic bond and the compound is called the ionic compound. As a result of reaction between metal and non-metal, they are bonded with electrostatic force of attraction with each other; such bonds are called chemical bonds.
For an example:
Formation of Sodium Chloride
Sodium is a metal whereas chlorine is a non-metal. Sodium metal reacts with chlorine to form an ionic compound, sodium chloride. Now we will see how sodium chloride is formed and what changes takes place in the electronic arrangements of sodium and chlorine atoms in the formation of this compound.