Wetlands are the lands between terrestrial and aquatic ecosystems where the water table is usually at or near the surface or the land is covered by shallow water. It exists in every part of the world and in every climatic zone. In this article we, are giving an important Geographical Facts about Wetlands of the World along with typologies of wetlands, names of major wetlands of the world, which will be useful for the UPSC-prelims, SSC, State Services, NDA, CDS, and Railways etc. 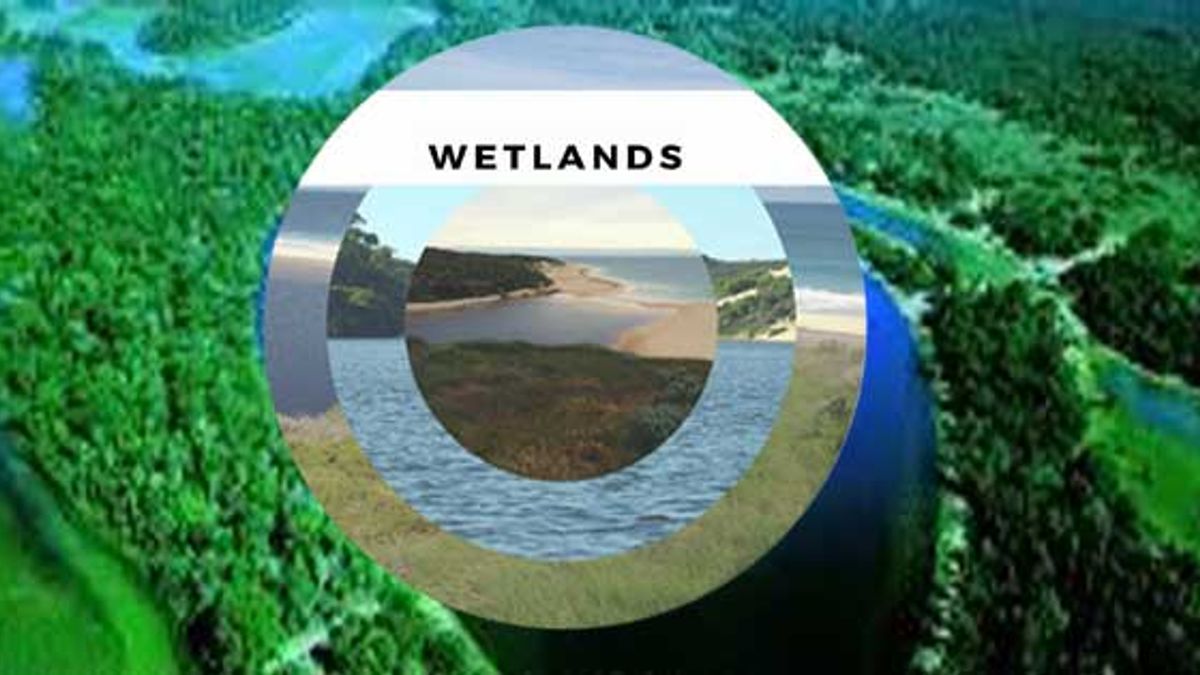 Wetlands are the lands between terrestrial and aquatic ecosystems where the water table is usually at or near the surface or the land is covered by shallow water. It can be found in any part of the world and in any climatic zone from the Polar Regions to the tropics, and from high altitudes to dry regions. They are distributed around the world and cover an area that is 33% larger than USA.

Wetlands are occur naturally and can be freshwater, brackish or saltwater. There are four types of wetlands which are discussed below:

1. Coastal Wetlands: They are found in the areas between land and open sea that are not influenced by rivers such as shorelines, beaches, mangroves and coral reefs.

2. Shallow Ponds and lakes: These wetlands are areas of permanent or semi-permanent water with little flow. They include virtual ponds, spring pools, salt lakes and volcanic crater lakes.

3. Bogs: They are waterlogged peat-lands in old lakes or basin or depression in the landscape. Almost all water in bogs comes from rainfall. As bogs are unsuitable for human use, they offer an undistributed habitat for a wide range of species. It includes moose, back bear, lynx, snowshoe horse and mink.

4. Marshes and Swamps: They are also known as palustrine wetlands. Swamps and fens account for almost half of all wetlands throughout the world. Swamps are fed primarily by surface water inputs and dominated by trees and shrubs. Fens are groundwater fed peat-forming wetlands covered by grasses and wild flowers. Marshes are periodically saturated, flooded or pounded with water and characterized by non-woody vegetation.

What is Green Muffler & its relation with pollution?

Major Wetlands of the World

Wetlands are the most biologically diverse ecosystems. They provide habitat for a great number of water and land species, and are an important environment to many migratory bird species. The names of the major wetlands of the world are given below:

Coastal wetlands of tropical mangroves and temperate salt marshes are considered to be carbon sinks.

Wetlands are act as natural buffers towards nutrients expelled from surrounding watersheds, excess nutrients mainly through anthropogenic sources have been shown to significantly increase the N2O fluxes from their soils through denitrification and nitrification processes.