International Widow's Day is observed on 23rd June every year to address the issue that widows and their children faces in several countries. United Nations wanted to draw an attention towards the experiences of widows and how to provide unique support at the time they need. Let us read more about International Widow’s Day, history behind it and conditions of widow’s all over the world. 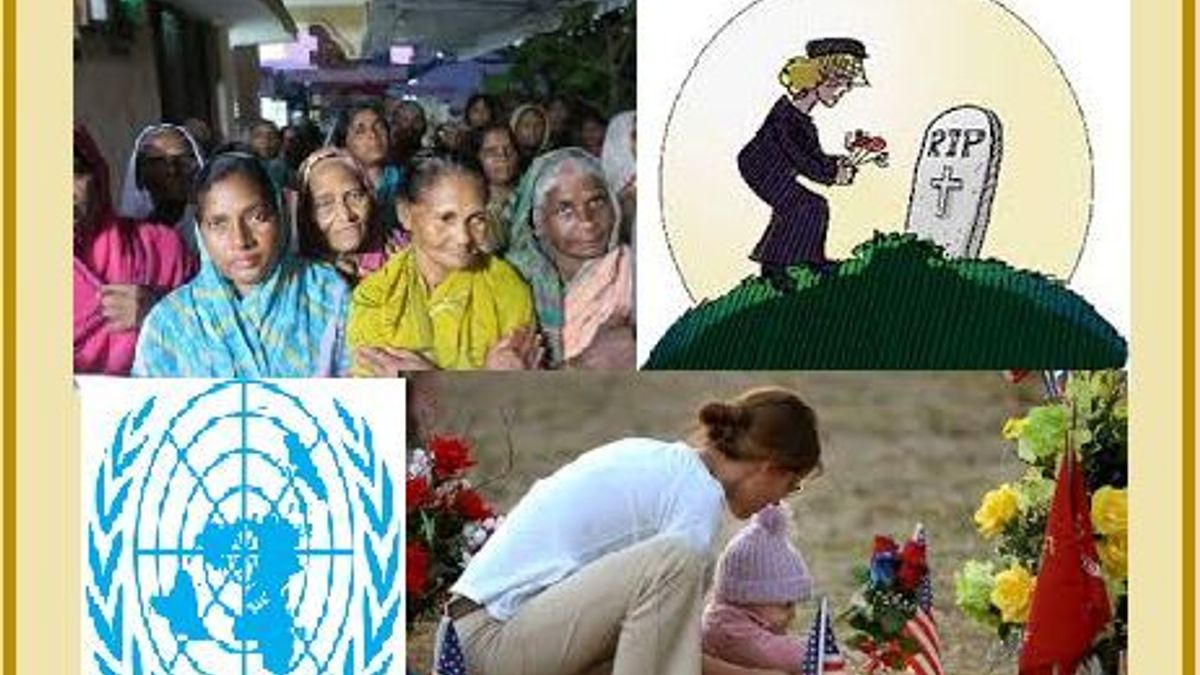 To loss a partner in a life can't be expressed in words how he or she felt. Several women around the world after losing her life partner faces challenges and do long-term struggle for basic needs, their human right and dignity. Various conditions being in the society they faces like denied inheritance rights to the piece of land, forced into unwanted marriages, unimagined widowhood rituals, force to leave his husband's home etc. According to the UN data there are approx 258 million widows around the world and nearly one in ten live in extreme poverty.

Loomba Foundation initiated the International Widow's Day in 2005. According to Loomba, women in various countries experience great hardship after their husband die. They are not looked by NGO's, governments and also societies curse them. Finally on 23 June, 2010 it was officially recognised in the United Nations general Assembly. Do you know 23rd June was decided to observe International Widow's Day because Loomba's mother became widow 0n 23 June, 1954?

With the widows, children also face several problems like they are withdrawn from the school and are more vulnerable to abuse. International Widow's Day encourage people to work towards the rights for widows, highlighting the issues that women faces, violence, discrimination and poverty suffered by the widow's. So, there is a need to develop policies and programs to address the problem that widow faces in the world. The main aim of this day is to provide education to women those who want to study, healthcare facilities, develop various resources and policies to empower widows. So, that they can live violence and abuse free life with dignity and respect. It is necessary to understand their conditions and enable them to live the life that they want.

Work and Progress for Widow's

This day provide an opportunity to take an action in achieving full rights and recognition for widows. Like fair share in the inheritance property, land, productive resources, social protection that are not based on marital status, decent work and equal pay, training opportunities, education etc. According to the Convention on the Elimination of All Forms of Discrimination Against Women and the Convention on the Rights of the Child, it is important to ensure the rights of widow's as enshrined in international law. One more reason is lack of awareness and discrimination by judicial officials can cause widow's to avoid turning to the justice system to seek reparations.

Even the goals of Sustainable development includes programmes and policies for ending violence against widow's and their children, poverty alleviation, education, support to widow's of all ages also need to be considered etc.

Therefore, International Widow's Day is observed to raise issues that widow and their children faces in daily life. Various Member States made commitment at the 63rd Commission on the Status of Women in March 2019 to invest in and strengthen family-oriented policies and programmes, including to “ensure that adequate measures are in place to protect and support women, including in cases of widowhood, such as access to the full range of social services and access to justice...”.