Why liquor sales matter for states?

Liquor sales amid COVID-19: As India witnessed the third phase of the countrywide lockdown on May 4, the ban on alcohol was lifted to ease the coronavirus funds crunch by many States and Union Territories. 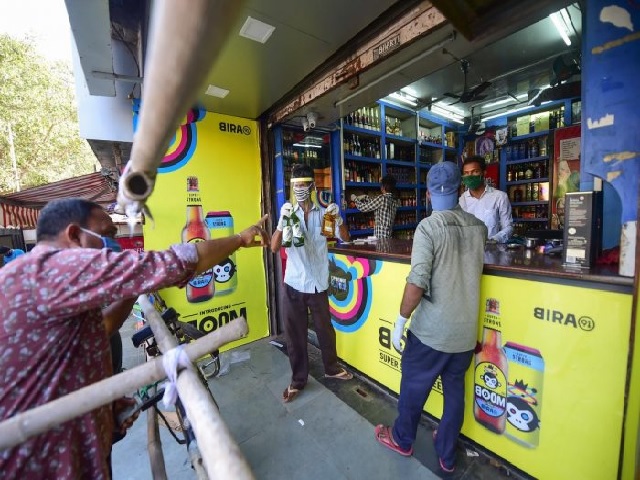 As India witnessed the third phase of the countrywide lockdown on May 4, the ban on alcohol was lifted to ease the coronavirus funds crunch. On Monday, people were allowed to purchase liquor across India and the same evening Arvind Kejriwal led Delhi government announced 70% coronavirus cess on the prices of liquor. However, pictures surfaced on the internet where people can be seen defying social distancing measures to buy liquor amid COVID-19 pandemic.

States and Union Territories such as Delhi, Assam, Uttar Pradesh, Rajasthan, etc. lifted the ban on the sales of liquor to ease financial distress caused by the 40-day lockdown.

As the country is under nationwide lockdown, there is strained source of finances as there's no vehicle registrations, property registrations and liquor sale since the lockdown began. Petroleum sales have dropped drastically as everything is shut and there's a restriction on the movement due to deadly pandemic. On the other hand, due the pandemic and lockdown, welfare burden on the states have increased rapidly as they have to spend more money on the poor section of the society-- direct cash transfers, health infrastructure, etc.

After the ban on liquor was uplifted, people defied social distancing to purchase this. Thus, Punjab's Excise and Taxation Department proposed to the state cabinet to provide home delivery of liquor between 1 pm to 6 pm to avoid the rush at vends amid the outbreak.

What is excise duty?

Excise duty is a form of tax imposed on specified goods and services at purchase-- Fuel, tobacco, alcohol, etc. Excise duty is imposed on alcoholic products used for human consumption by the states while if they are used in industries for making antiseptics, hand sanitizer, etc. they come under GST which is collected by the State governments.

What is the impact of coronavirus on gold prices in India?