If you love the sight of monkeys enjoying themselves together, this could be the best piece of content you would read today. Here comes an optical illusion to make you go all aww!

Monkeys are nothing but cuter versions of humans with a tail.  They can climb the highest trees with their tails and the highest ladder of mischief with their naughtiness. Travel alongside a monkey with a banana in hand and soon you will the creature secretly snatching galloping it.

Put on your favorite shawl and the monkeys around you would want to drape it too. Got a new pair of sunglasses? Hide them before the monkeys on the street grab them and flaunt them like a supermodel.

No matter how monkeys appear to be aggressive, we all relate to the beings, not only for the obvious similar physical structure but also for the mischief they display in the public but we hide deep in ourselves.

Around 22 cute monkeys belonging to a jungle spent the best of their childhood together.  However, just like in the lives of humans, monkeys to have to sometimes say Goodbye.

These Gen Z monkeys are all set to embark upon their new academic journey? Didn't get it? Well, all these monkeys are going to town to learn the best of banana stealing tricks from the very reputed Central University of Monkeys.

This is their last candid picture together. When they all saw the picture, they were not satisfied?

There is another animal in the picture that spoiled the moment with it's presence.  Can you find the hidden animal?

Optical Illusion Challenge: Only 1% of People Can Find the Hidden Kitten in 5 Seconds. Can you?

Put your phone on a timer of 10 seconds. Yes, you only have 10 seconds to find the animal other than the monkeys.

Come on, let us know why the cute monkeys went home disappointed. 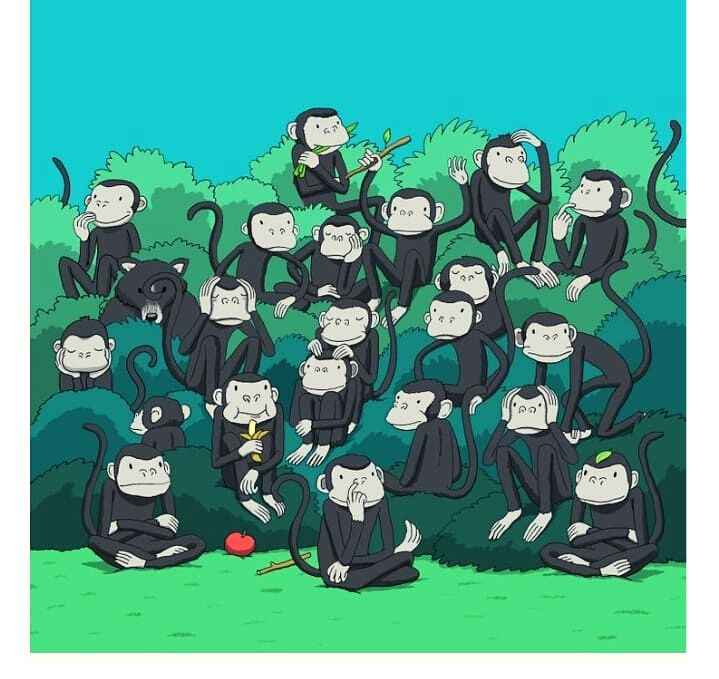 Could you find it?

Here Is The Fatso! 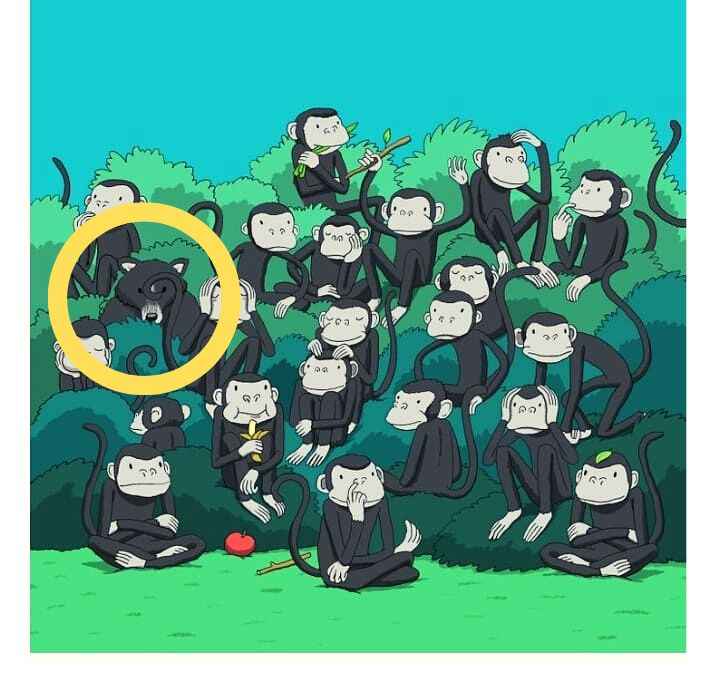 Oh, dear bear! What was the need to spoil the picture?

Do you envy the monkeys for their admission in the University, or is there any other past revenge?

What did you say? You were sleeping on the ground? Ah!

Come on, hold the camera and click another picture for the monkeys!!