What is the meaning of Biodiversity in simple words?

‘Biological diversity’ or biodiversity is that part of nature which includes the differences in genes among the individuals of a species, the variety and richness of all the plant and animal species at different scales in space, locally, in a region, in the country and the world, and various types of ecosystems, both terrestrial and aquatic, within a defined area.

Each member of any animal or plant species differs widely from other individuals in its genetic makeup because of the large number of combinations possible in the genes that give every individual a specific characteristic. 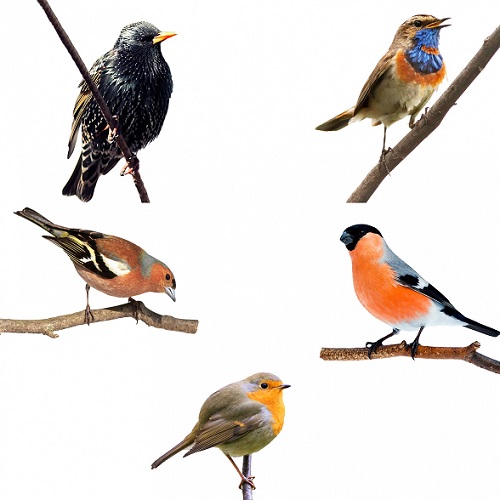 Thus, for example, each human being is very different from all others. This genetic variability is essential for a healthy breeding population of a species. If the number of breeding individuals is reduced, the dissimilarity of genetic makeup is reduced and inbreeding occurs. Eventually, this can lead to the extinction of the species. The diversity in wild species forms the ‘gene pool’ from which our crops and domestic animals have been developed over thousands of years.

The number of species of plants and animals that are present in a region constitutes its species diversity. This diversity is seen both in natural ecosystems and in agricultural ecosystems. Some areas are richer in species than others. Natural undisturbed tropical forests have much greater species richness than plantations developed by the Forest Department for timber production. 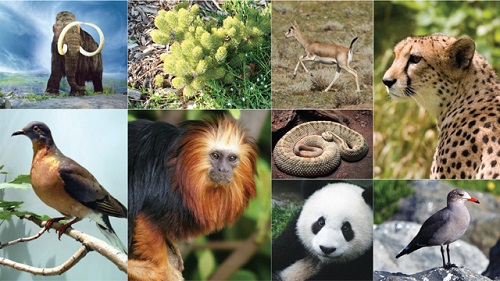 Thus the value of the natural forest, with all its species richness is much greater than a plantation. Modern intensive agricultural ecosystems have a relatively lower diversity of crops than traditional agro-pastoral farming systems where multiple crops were planted.

There is a large variety of different ecosystems on earth, which have their own complement of distinctive interlinked species based on the differences in the habitat. Ecosystem diversity can be described for a specific geographical region, or a political entity such as a country, a State or a taluka. 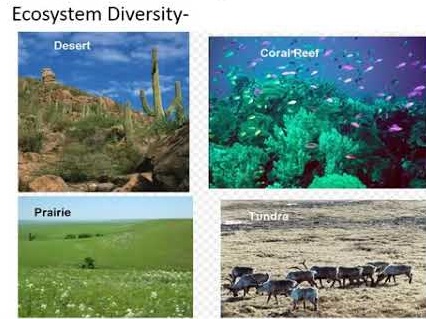 Distinctive ecosystems include landscapes such as forests, grasslands, deserts, mountains, etc., as well as aquatic ecosystems such as rivers, lakes, and the sea. Each region also has man-modified areas such as farmland or grazing pastures.

An ecosystem is referred to as ‘Natural’ when it is relatively undisturbed by human activities or ‘Modified’ when it is changed to other types of uses, such as farmland or urban areas.

Most species appear to have a life span extending over several million years. Their adaptability to gradual changes in their habitat and interactions with newly formed species produce groups of interlinked organisms that continue to evolve together. Food chains, prey-predator relationships, parasitism (complete dependence on another species), commensalism (a partnership beneficial to both species), etc. are important examples.

The biodiversity we see today is a result of 3.5 billion years of evolution. Unfortunately, due to human’s over-exploitation of natural resources, our unsustainable development and the resulting disturbances to the environment, we are undergoing the sixth extinction crisis on this planet and degrading natural ecosystems at an unprecedented rate. It is estimated that the current species extinction rate is between 1,000 and 10,000 times higher than it would naturally be. 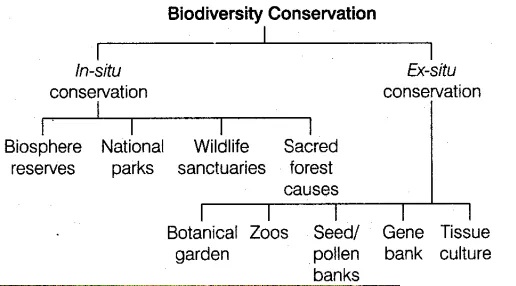 Biodiversity conservation is about saving life on Earth in all its forms and keeping natural ecosystems functioning and healthy. Conservation biology as a scientific discipline has grown enormously over the past few decades and has increased our awareness and understanding of the great extent to which humans depend on natural ecosystems and biodiversity.

Conservation of biodiversity means ensuring that natural landscapes, with their array of ecosystems, are maintained, and that species, populations, genes, and the complex interactions between them, persist into the future.

Biodiversity conservation relies on a number of disciplines working together, including Ecology and other Biological Sciences, Physical Sciences, Mathematics, and the Social Sciences Such as Economics, Law, Public Policy and Psychology.

Natural Disaster- Concept and Its Classification