Siberian Tennis Player Novak Djokovic and his wife tested positive for COVID-19 after he organized a series of exhibition matches and played without following the norms of social distancing. Novak Djokovic is currently the World's No. 1 tennis player in men's single. 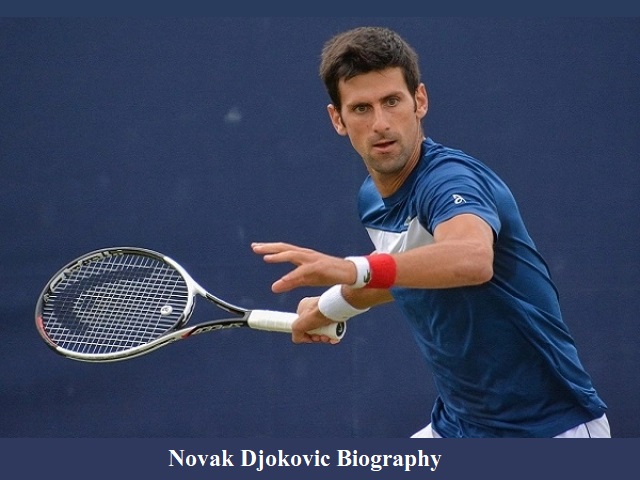 Siberian Tennis Player Novak Djokovic and his wife tested positive for COVID-19. He contracted the virus after he organized a series of exhibition matches and played in Serbia and Croatia without following the norms of social distancing. Novak Djokovic is currently the World's No. 1 tennis player in men's single. The title is given by Association of Tennis Professionals (ATP) and is the first Serbian player to be ranked No. 1.

Novak Djokovic was born on May 22, 1987, to Srđan and Dijana in Belgrade, Serbia, Yugoslavia. He is paternally Serbian and maternally Croatian. He has two brothers-- Marko and Djordje.

At the age of 4, Novak Djokovic started playing tennis. In 1993, he was six years old and was spotted by Yugoslav Tennis player Jelena Genčić at Mount Kaponik. His parents ran a food parlour in that area.

In September 1999, at the age of 12,  Djokovic moved to  Pilić tennis academy in Germany and spent four years of his life there. At the age of 14, he began his international career and won  European championships in singles, doubles, and team competition.

Novak Djokovic met his future wife in High school. In 2005, Jelena Ristić and Novak Djokovic started dating each other. In September 2013, the couple got engaged and on July 10, 2014, got married in a 5-star hotel-- Sveti Stefan. On July 12, 2014, church wedding in Saint Stephen took place. Before getting married, on April 24, 2014, the couple announced that they are expecting their first child. On October 21, 2014, their son Stefan was born in France. On September 2, 2017, the couple gave birth to their daughter Tara.

In 2001, Novak Djokovic reached the final of Junior Davis Cup for under 14 players but lost the match in singles. In February 2004, he reached a combined junior world ranking of No. 24 (win/loss record of 40–11 in singles and 23–6 in doubles).

In 2003, he entered ATP World Tour and mainly played in Futures and Challenger tournaments, winning three of each type from 2003 to 2005.

In 2005 Australian Open, he made his first Grand Slam tournament appearance but lost to the eventual champion Marat Safin in the first round. He made it to the third round in both Wimbledon (defeated Guillermo García-López) and the US Open (defeated Gaël Monfils and Mario Ančić).

In 2006, he ranked in top 40 in the world singles rankings. After three weeks at Wimbledon,  Djokovic defeated Nicolás Massú in the final at Dutch Open in Amersfoort and won his first ATP title.

The same year, he won his second career title at  Moselle Open in Metz and his made space in the top 20.

In 2007, Djokovic defeated  Chris Guccione in the final of the tournament in Adelaide. He lost the fourth round to eventual champion Roger Federer at the Australian Open. However, he performed well at the Master Series events in India Wells (runner-up) and Key Biscayne (Champion). These performances helped him to be in the world's top 10 list.

Djokovic returned to Serbia after winning his first Master Series title to help his country enter Davis Cup World Group. In Monte Carlo Masters, in the third round, he was defeated by David Ferrer. At  Estoril Open he defeated Richard Gasquet in the final. At Internazionali d'Italia in Rome, he lost to Rafael Nadal and at Hamburg Masters lost to Carlos Moyà. At Wimbledon, he won quarterfinal against Marcos Baghdatis.

At Rogers Cup in Montreal, Djokovic defeated No. 3 Andy Roddick in the quarterfinals, No. 2 Rafael Nadal in the semi-finals, and No. 1 Roger Federer in the final. This was the first time since Boris Becker in 1994 that a player defeated the top players in a single tournament. Also, he is the second player to defeat both Federer and Nadal since they became the top two players in the world after  Tomáš Berdych.

Novak Djokovic defeated Stanislas Wawrinka at the  BA-CA TennisTrophy in Vienna winning his fifth title of the year. In 2007, he was awarded the Golden Badge for the best athlete in Serbia and Olympic Committee of Serbia declared Djokovic as the best athlete in the country.

At Dubai Tennis Championships he lost in the semi-finals to Roddick and at the Pacific Life Masters in Indian Wells, he won his ninth career singles title defeating Mardy Fish.

At Internazionali d'Italia in Rome, he won his tenth career singles and fourth Master Series singles defeating Wawrinka. At  Artois Championships final in Queen's Club, he lost to Nadal. At Wimbledon, lost to Safin. At the Rogers Cup in Toronto, he lost to Andy Murray. At the Cincinnati Masters, he defeated Nadal in the semi-finals. In Finals, he lost to Murray.

At Tennis Masters Cup in Shanghai, he defeated Juan Martín del Potro in straight sets, Nikolay Davydenko in three sets and lost his final round-robin match against Tsonga. He qualified for the semi-finals and defeated Gilles Simon and in finals defeated Davydenko and won his first-ever Tennis Masters Cup title.

In 2009,  at Brisbane International, he lost to Ernests Gulbis. At Sydney International, he lost to Jarkko Nieminen in the semi-finals. He lost to Tsonga in the Open 13 tournament in Marseille. He won the singles title at Dubai Tennis Championships against Ferrer. At BNP Paribas Open in Indian Wells, Djokovic was the defending champion but lost to Roddick. At Sony Ericsson Open in Key Biscayne, he lost to Murray in the finals.

Novak Djokovic lost Monte-Carlo Rolex Masters final to Nadal and lost the finals at Internazionali BNL d'Italia in Rome. At  Serbia Open in Belgrade, he defeated Łukasz Kubot. At Madrid Open, he lost to Nadal. At French Open, he lost to Philipp Kohlschreiber. At Wimbledon, he lost to Tommy Haas.

In US Open Series, at Rogers Cup, he lost to Roddick and at  Cincinnati Masters lost to Federer. At China Open in Beijing,  in semi-finals, he defeated Victor Hănescu, Viktor Troicki, Verdasco and Robin Söderling and in finals defeated Marin Čilić.

At Shanghai ATP Masters 1000, Djokovic lost to Davydenko. At Swiss Indoors in Basel, he defeated Federer. At  BNP Paribas Masters in Paris, he defeated Gaël Monfils to win his first Masters 1000 title of the year. In 2009, Djokovic ended the year as the No. 3 for three years in a row.

In 2010, he played AAMI Classic and lost to Fernando Verdasco. At the 2010 Australian Open, lost to Tsonga. However, he gained his highest career ranking No.2 in the year 2010. At  ABN AMRO World Tennis Tournament in Rotterdam, he lost to Youzhny. He defeated Youzhny at Dubai Tennis Championships.

At Monte-Carlo Rolex Masters and at  Internazionali BNL d'Italia in Rome, he lost to Verdasco. At French Open he seeded third and lost to  Jürgen Melzer in five sets. He entered third seed at Wimbledon and lost to Tomáš Berdych in straight sets.

At the Rogers Cup in Toronto, he lost to Federer. In doubles, he paired up with Nadal only to loose against Milos Raonic and Vasek Pospisil. At Cincinnati Masters, he lost to Roddick.