Know about nuclear energy, its production and usage in India along with various treaties and agreements related to it here. Know all about India's position as a Nuclear Power in the world 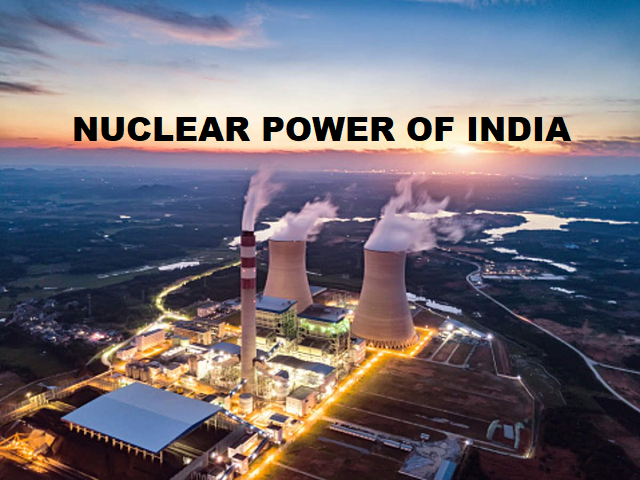 What is Nuclear Energy?

Nuclear energy is the energy in the nucleus, which is the core of any atom. There is a vast amount of energy in the atom's nucleus. This energy can be generated through a fission process that means breaking the nucleus.

In nuclear fission, atoms are split to release the energy. A nuclear reactor or a plant has machines that can control nuclear fission and produce electricity.

The fuel that is mainly used to produce nuclear fission is pellets of Uranium.

How is Nuclear Energy Generated?

Nuclear energy is produced by splitting atoms in a reactor to heat water into steam. This turns a turbine that generates electricity.

What is the Non Proliferation Treaty (NPT)?

NPT is a multilateral treaty that came into force on 5th March 1970 and has 191 states that are party to it. It is aimed at limiting the spread of nuclear weapons along with the following elements:

3) Peaceful use of nuclear energy.

The provisions include these basically:

India is not a party to NPT. Along with it, Pakistan and Israel are also among the countries who have not signed the treaty.

The guidelines of NSG state that any non-NPT country cannot be a part of NSG which keeps India out of the group.

India is the only one country to receive a waiver from NSG despite being a non signatory of NPT. India is demonstrated as a credential and a responsible nuclear power state.

Section 123 of the Atomic Energy Act of the USA requires the conclusion of a peaceful nuclear cooperation agreement for transferring any kind of nuclear material from the USA. These are commonly called the 123 Agreements.

This agreement facilitates cooperation in fields such as technical exchanges, scientific research and leaves way for discussions.

It along with NPT allows US to enforce the NPT principles on non following countries too that become a party to the agreement.

Below is a picture showing the member states of 123 Agreement:

IAEA or the International Atomic Energy Agency is the world’s only intergovernmental forum that is meant for scientific and technical co-operation in the field of nuclear energy.

The agency’s work is to ensure safe, secure and peaceful use of nuclear science and technology. This in turn, contributes to world peace and security by securing United Nations' Sustainable Development Goals.

It was created in 1957 in response to the increasing generation and usage of nuclear power. As per the information on IAEA's official page, "the Agency’s genesis was U.S. President Eisenhower’s 'Atoms for Peace' address to the General Assembly of the United Nations on 8 December 1953."