Optical Illusion: Can you find the bird in 7 seconds?

Optical Illusion: There is a bird hiding in plain sight in this picture. Can you spot the hidden bird in 7 seconds? Test your observation skills by attempting this optical illusion challenge now!
Mrigank Chakraborty Updated: Nov 18, 2022 13:51 IST
Find The Bird in 7 Seconds

Optical Illusion Test: There are three types of optical illusions: literal, physiological, and cognitive illusions. The similarity among all of them is that they trick your mind.

The popularity of optical illusions has skyrocketed in the past decade, which is evident from the fact that they have become a part of popular culture.

Netizens are always on the lookout for new optical illusion challenges, which serve as a means to test their intelligence among friends and peers and also provide them with a popular form of entertainment.

Optical Illusions find their usefulness in the field of psychoanalysis. Apart from this, optical illusions are also useful in determining various psychological disorders like schizophrenia and phantom limb syndrome

Optical illusions are good for improving an individual's observation skills. With regular practice, one can quickly master the ability to solve optical illusions.

Do you have good observation skills?

Let’s find out with this quick optical illusion challenge.

Spot The Difference: Can you spot 20 differences in 47 seconds? 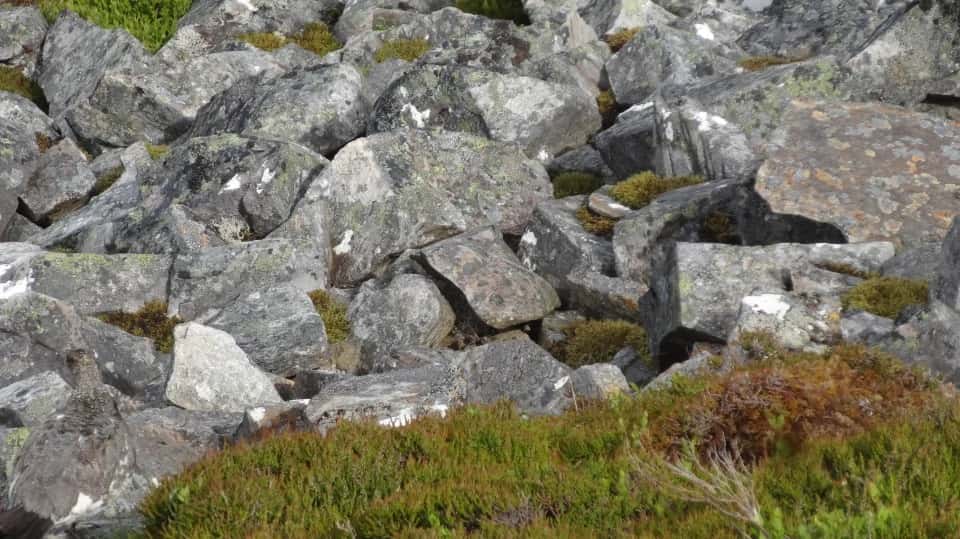 The above-shown image is one of the most puzzling captures by the Belgian photographer Laurence Debailleul.

Hidden among the block of rocks is a bird that is one of the most famous birds of Scotland, also known as the game bird, and you need to find the bird in 7 seconds.

Optical Illusion: You have hawk eyes if you can spot a needle in a haystack in 9 seconds

Did You Find the Bird in 7 Seconds?

If you look carefully at the image, you can see rocks scattered across the Scottish Highlands along with sparse vegetation.

You need to observe carefully to spot a hiding bird in the scene.

Hurry up, the clock is ticking.

Did you spot the hidden bird?

How many of you have found the hidden bird?

Optical Illusion: Can you find the pilot in 19 seconds?

Find the Bird in 7 Seconds - Solution

Curious to know where the bird is?

Then keep scrolling below for the solution.

Before we move on to the solution, appreciation is due to those who were quick to spot the game bird.

Let us inform you that the bird that you were looking for is a grey-coloured grouse, which is one of the most famous game birds in Scotland.

Now that you know which bird it was, it’s time for the solution.

Look below for the reveal.

The bird can be seen sitting on a rock at the bottom left side of the image, perfectly blending with the rocks. The grouse is hunted for its meat and is one of the most hunted birds in Scotland.