Optical Illusion: You have hawk eyes if you can spot the leopard in 10 seconds

Optical Illusion: There is a leopard hiding in plain sight in this picture. Can you spot the hidden leopard in 10 seconds? Test your observation skills by attempting this optical illusion challenge now!
Mrigank Chakraborty Updated: Nov 16, 2022 19:30 IST
Find The Hidden Leopard in 10 Seconds

Optical Illusion Test: In a generation where people's attention spans vary greatly, optical illusions have managed to not only capture their attention but also keep them hooked and coming back for more.

Netizens love solving new optical illusion challenges, which serve as a means to test their intelligence among friends and peers and also provide them with a quick sense of achievement.

Optical illusions are of three types: literal, physiological, and cognitive illusions. The central theme of all such illusions is tricking the human brain.

One such optical illusion challenge is presented before you, where you need to find the leopard in the image within 10 seconds.

Are you ready to test your observation skills?

Optical Illusion: A genius can find the toad in the forest in 9 seconds. Can you? 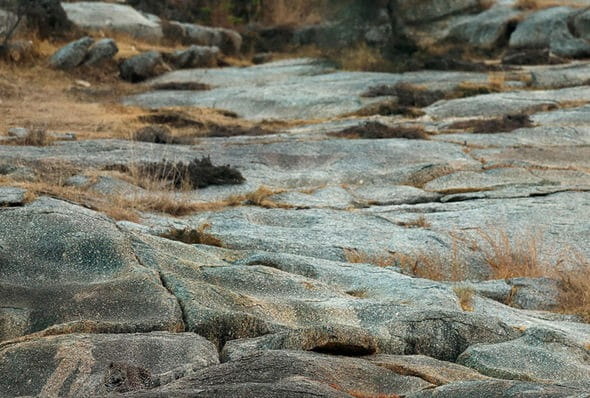 This image was captured by photographer Sudhir Shivaram while he was travelling through the small town of Bera in Rajasthan, India.

As suggested by the title, the challenge for you is to spot a leopard that has blended seamlessly with the rocks.

You have 10 seconds to spot the majestic creature.

This challenge is a test of your observation skills, and the relatively short time given will prove how sharp your skills are.

If you really need to understand your actual IQ levels, then taking professionally designed IQ tests is the best way to find out your IQ.

Back to the challenge

A leopard is lurking in the rocks, and time is passing by fast.

You need to spot the leopard in 10 seconds.

Seek and Find: Can you find all the hidden numbers in the image within 13 seconds?

Did you spot the leopard in 10 Seconds?

To avoid being spotted by hunters and prospective prey, leopards must be skilled at camouflaging, and they use the element of surprise to stun their prey.

Look carefully at the image, are you able to spot the leopard?

Hurry up; time is almost over.

How many of you were able to spot the leopard?

Only a few seconds are left.

Optical Illusion: You have hawk eyes if you can spot a needle in a haystack in 9 seconds

Let’s look at the solution.

Before we move towards the solution, let us acknowledge those hawk-eyed individuals who were able to spot the leopard within the time limit.

Those who couldn’t need not worry; you tried your best.

Solving optical illusion challenges on a regular basis will improve your observation skills.

Now, let’s check out the solution.

Find the Leopard in 10 Seconds - Solution 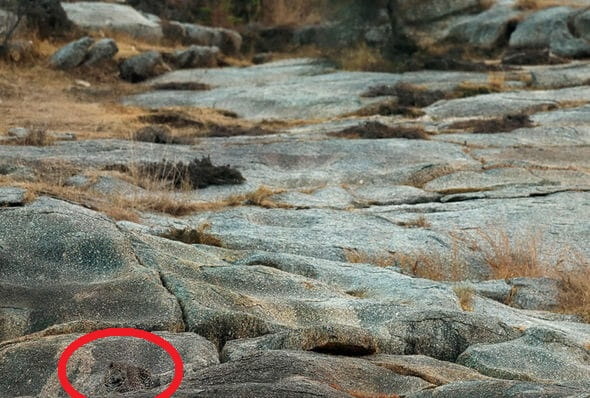 The leopard can be spotted resting on the rocks, but the colour of its coat makes it almost impossible to detect at first sight.