The Mughal style of painting influenced many Indian schools of painting which were flourished afterwards. Patna Kalam Painting or Patna School of painting was one of the schools which were an offshoot of Mughal painting flourished during early 18th to mid-20th century in Bihar. In this article, we are giving the origin and characteristics of Patna Kalam painting which is very useful for the competitive examinations like UPSC-prelims, SSC, State Services, NDA, CDS, and Railways etc. 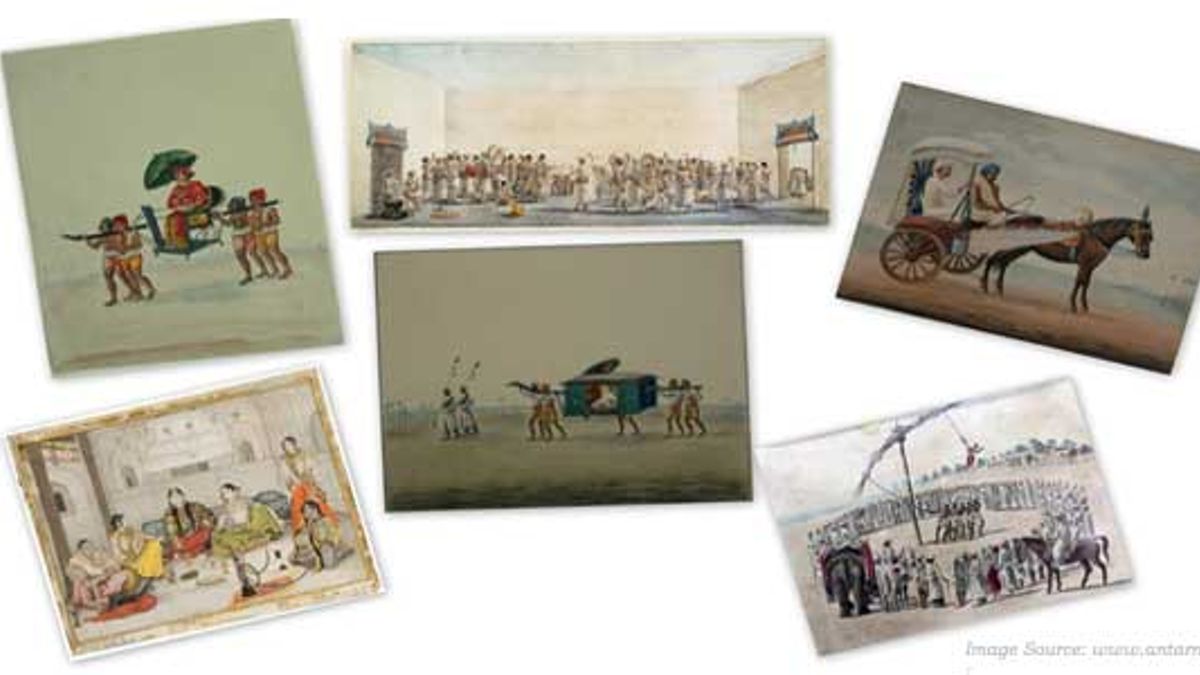 Indian paintings have their origin in our ancient time. They depict the life and customs followed by the people of those times. Literary records show that from very early times painting both scholar and religious were considered an important form of artistic expression.

The Mughal style of painting influenced many Indian schools of painting which were flourished afterwards. Patna Kalam Painting or Patna School of painting was one of the schools which were an offshoot of Mughal painting flourished during early 18th to mid-20th century in Bihar. The principal centres were Patna, Danapur and Arrah.

Patna Kalam Painting is the link between the Mughal style and the British style. With the decline and subsequent fall of Murshidabad, the court artists looked westwards to the next biggest city in the East and started migrating to Patna. By 1750s, many of those artists had settled in Patna with their families, and under the patronage of local aristocracy and often Indophile scions of the early East India, started a unique form of painting which came to be known as the Company School or Patna Kalam.

The characteristics of the Patna Kalam Painting are given below:

1. Most of the paintings are of miniature category and made on paper. Later on the drawing on ivory, leather was started.

2. Paintings on the daily life are in abundance in this style.

5. In this style of painting, colours are extracted from indigenously plants, barks, flowers and metals. Paintings are characterized by light coloured sketches and life-like representations.

6. One of the important characteristic of Patna Kalam is that usually they do not paint any landscape, foreground or background. Another unique feature of the Patna School of Painting was the development in the shading of solid forms.

7. Paintings are painted straightway with brush without using pencil to outline the contours of the picture. This technique was commonly known as ‘Kajli Seahi’.

Mural Painting: History, Styles of Art and its Characteristics