Sachin Ramesh Tendulkar earned several names including a master blaster, God of Cricket, and little master. He is considered one of the greatest batsmen in the history of cricket. Let us have a look at his early life, childhood days, cricket journey, awards, and recognition, etc. “People throw stones at you and you convert them into milestones.” - Sachin Tendulkar

Sachin Tendulkar was born on 24 April, 1973.  Today is his 48th birthday. He is the only batsman in world cricket to hit 100 centuries. Recently, he is recovered from COVID-19 and is spending time with his family.

Sachin Tendulkar, the master blaster, is the name that continues to inspire many, not only in India but also all over the world, to take up the sport. Isn't! We know that in India cricket is a religion and Sachin Tendulkar is the God. Very few cricketers, bowlers or sportsmen have gained such type of imagination, popularity as Tendulkar has.

Sachin Tendulkar was born to a brahmin family on 24 April, 1973 in Dadar, Mumbai. That is he belongs to renowned Saraswat Brahmin Family. His father, Ramesh Tendulkar, was a Marathi poet and novelist. His mother was Rajni who worked in the insurance industry. He has two half-brothers namely Nitin and Ajit and one half-sister Savita. His formative years were spent in the "Sahitya Sahawas Cooperative Housing Society" in Bandra (East). He did his schooling from the Sharadashram Vidyamandir High School. In the school days, he attended the M.R.F.Pace Foundation to train himself to be a fast bowler. But as per the suggestion of Dennis Lillee, the fast bowler from Australia, he concentrated on batting. Sachin Tendulkar also likes playing tennis. At the age of 14, he scored 326 out of a world-record stand of 664 in a school match and became famous in Bombay schoolboys. 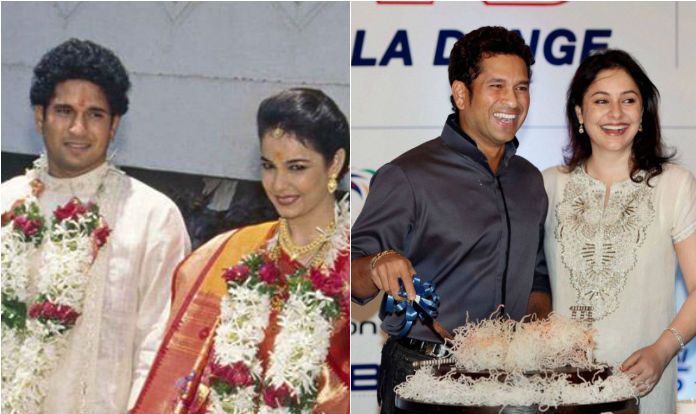 Source: www.india.com
He met his life partner Anjali, at the Mumbai International airport when he was returning from his first international tour. It was love at first sight for Sachin. Fortunately, he was introduced by a common friend to Anjali and she did not know anything about sports, cricket. In 1995, the couple got married after dating each other for five years. They have two children Sara and Arjun Tendulkar.

Source: www. successstory.com
Let us tell you that it was Sachin's elder brother, Ajit, who recognised his cricketing ability and introduced him to Cricket in 1984. He took Sachin to Ramakant Achrekars academy at Shivaji Park, Dadar, Mumbai. He was impressed by Sachin and advised him to shift his schooling to Sharadashram Vidyamandir English High School in Dadar. Sachin went to his aunt's home which was nearer to the school in Dadar and took admission in the school. His career was shaped by the efforts and guidance of his coach Ramakant Achrekar. Do you know that the Dronacharya award-winning Guru was passed away on 2 January, 2019, in Mumbai?

Do you know that the career of world-famous cricketer Sachin Tendulkar began at the age of 13 years when he made his cricket debut in the Cricket Club of India? On 11 December, 1988 in a first-class cricket match between Mumbai and Gujarat, Sachin scored 100 not out. Starting from here, he played several cricket matches at the national as well as international level.

In the 2011 World Cup Victory, he became the highest run-scorer with 482 runs at an average of 53.55 in the tournament and he could not stop his tears after this victory.

Tendulkar became the first batsman in history to cross the 34,000 run aggregate in all formats of Cricket on 5 December, 2012. In an international cricket approx. he played a total of 657 matches. On 16th March, 2012, his much-awaited 100th-century milestone was achieved against Bangladesh in the Asia Cup. Sachin announced his retirement on 23rd December, 2012 from ODI Cricket. He also stated that he will not be playing in T20 Internationals.

Why does Indian Cricketer's jersey have three stars above BCCI Logo? 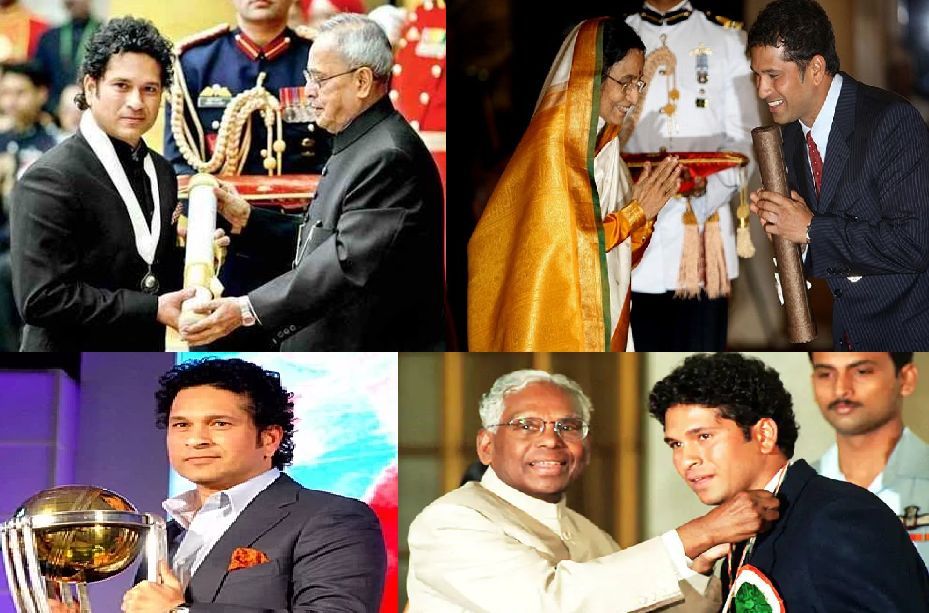 There are a lot more to cherish about him in his biography. Let us see several awards and recognition he has achieved.

His 24 year-long marvellous cricket career came to an end on 16 November, 2013 when he announced his retirement. In December 2012, he played his last ODI match and in 2013, twenty20 match. Let us tell you that his 200th test match against West Indies on 16th November 2013 was his adieu to the cricketing world as a player.

No doubt Sachin Tendulkar is one of the greatest batsmen in the world. His list of records is almost unending. At the age of 16, he became the youngest player and till then he continued breaking records and setting new ones. He has inspired millions. He had made his position in almost all the hearts of a person in the world. It’s like when we talk about cricket the first name that comes to our mind and tongue is Sachin only.

Important Days and Dates in April 2021