What is cytology and some terms related to it

Cytology is also known as cell biology. It is the study of cell. It is important for the researchers or biologists in generating vaccines, medicines etc. This article deals with the importance of cytology, what is cytology and various terms related to it. 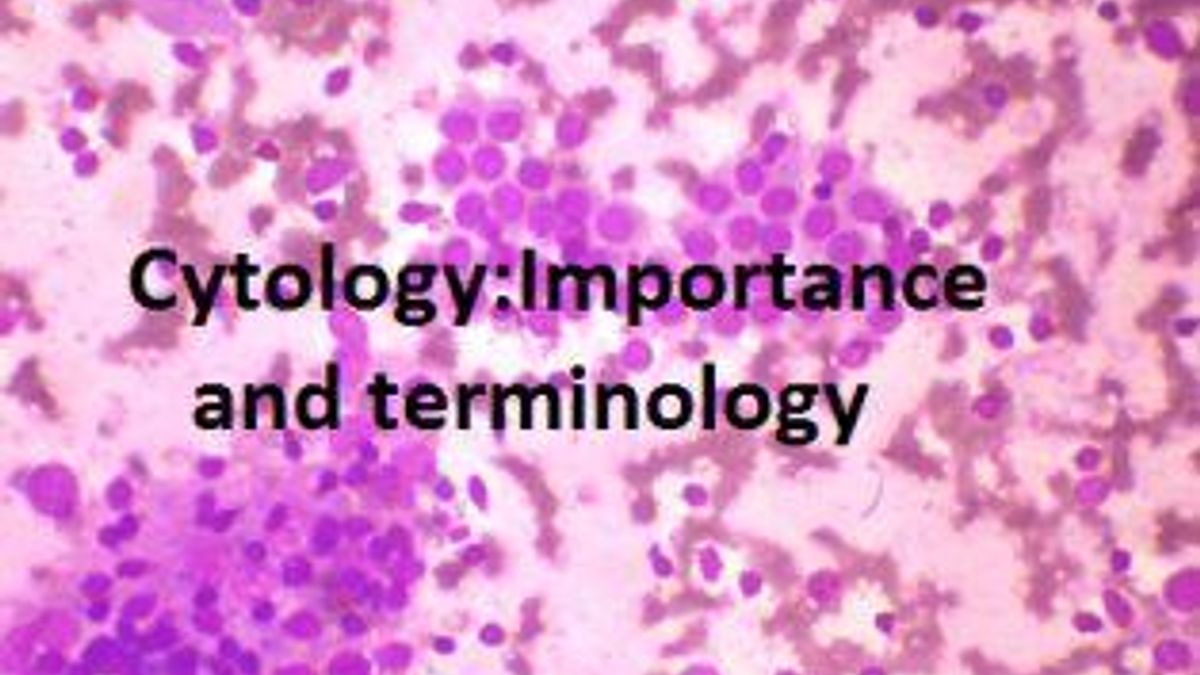 What is cytology and why it is important

Cytology is derived from Greek word kytos means ‘hollow vessel’ or ‘container’. The prefix cyto means ‘cell’ and suffix ology means ‘study of’.  Therefore we can say that cytology is the study of cell. It is that branch of science which deals with the structural and functional organisation of cell.  It is also known as cell biology. This article deals with the cytology, its importance and some terms related to it.
As we know that cells are the structural and functional unit of life. To study the structure of cell, their functions, composition and the interaction of cells with other cells and larger environment in which they exist is known as cytology. It involves looking at the individual cells for abnormal changes of both the nucleus and also the cytoplasm or body of the cell. Nucleus contains genetic material that controls the cell and its behaviour, also determines what type of a cell it will become. The changes that took place in the nucleus whether changing in size, shape or appearance will be assessed by a trained cytologist only, which helps in diagnosing cancer and pre-cancer. It is also used to diagnose many non-cancerous medical conditions like infections, systemic diseases.
There are two main branches of cytology first involved in non-cancerous and second in cancerous like cervical cancer.

What are the suicidal bags of cell?
As we know that cell is the functional unit of life. It is one of the most important areas of biological research.  Physical damage like burn or broken bone causes damage at cell level.  It is necessary to understand how cells work in healthy and diseased states. So, that cell biologists or researchers will be able to develop vaccines, medicines, improved varieties of plants and also develop an understanding how all living things live. Cytology not only deals with diseases but also associated with the human fertility programme.
Terms related to Cytology

Cell: Structure and Functions
5. Crossing over: Exchange of genetic material between two non sister chromatids takes place during meiosis cell division.
6. Homologous chromosome: A pair of chromosome having same size and shape bearing corresponding gene.
7. Phenotype: The character of organism which can be seen directly.
8. Genotype: Genetic constitution of organism.
9. Tonoplast: The membrane surrounding the vacuole.
10. Unit membrane: The basic trilamilar structure of cell membrane.
From this article we come to know what is cytology or cell biology, why it is important and what are the various terms related to it.

Structure of Plant and Animal Cell