Crowdfunding is a method of raising capital through the collective efforts of a large number of individual investors. Crowdfunding is done primarily online via social media and websites. Read this article to know the types and benefits of Crowdfunding. 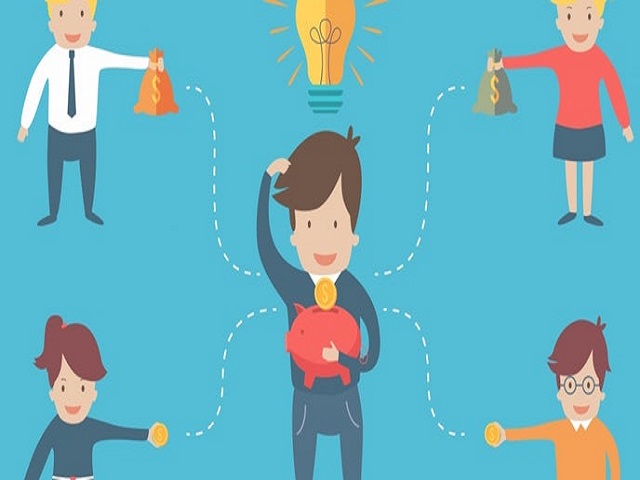 What is the meaning of Crowdfunding?

You must have heard many news that a man or a woman has raised millions of dollars through the internet for the treatment of her father or other family members. Actually this collection is done through Crowdfunding.

Recently, an 11-year-old girl in Hyderabad has collected Rs. 6.2 lacs through collective funding or Crowdfunding to feed many poor people who have lost their job due to the corona pandemic in the country. Now you must have understood the basic meaning and objectives of Crowdfunding.

What is the meaning of Crowdfunding?

Crowdfunding is a method of raising capital through the collective efforts of a large number of individual investors. Crowdfunding is done primarily online via social media and websites.
So Crowdfunding is the practice of funding a project or venture by raising small amounts of money from many people, basically via the Internet or such dedicated websites.

Crowdfunding has also been used to arrange funds for entrepreneurial ventures such as artistic and creative projects and startups etc.

As per an estimation, around US$34 billion was raised worldwide by crowdfunding in 2015.

Basically there are three types of crowdfunding. Namely;

Now let’s explain them one by one

1. Equity-Based Crowdfunding:- Equity crowdfunding allows contributors to become part-owners of the company by trading capital for equity shares. The equity owners receive a financial return (share of the profits in the form of a dividend or distribution.) in the proportion of their contribution. This is the most popular form of crowdfunding.

2. Reward-Based crowdfunding:- Reward-based crowdfunding, involves individuals contributing to a business in exchange for a reward typically a form of the product or service which the company offers.

In this type of funding distance between the creator and investor does not matter. Many characteristics of rewards-based crowdfunding known as non-equity crowdfunding.

This type of funding is used in many cases like; funding for free software development, motion picture promotion, scientific research, civic projects, and new inventions etc.

3. Donation-based crowdfunding:- It is a way to source money for a project by asking a large number of contributors to individually donate a small amount without any expectation of return.
This type of funding is done mainly for social causes and nothing is expected in return for such funding. Common initiatives for such funding include; natural calamities, disaster relief, charities, and medical bills.

Under this method, an 11-year-old Hyderabad Girl arranged Rs 6.2 lacs for the welfare for the COVID 19 affected people.

1. It provides funding to many new ideas.

2. It provides incentives to many new startups in the country.

3. Crowdfunding is helpful in promoting social cause at the time of natural calamities.

4. It is also helpful in arranging money for those poor people who can’t afford the expenses of severe diseases like cancer and kidney transplant etc.

5. One of the best things about online crowdfunding is its ability to centralize and streamline fundraising efforts.

So this was the detail about the meaning and types of crowdfunding. But in the era of the Information Technology revolution, many cases of cybercrime are taking place. So the investors need to be extra careful while taking part, especially in donation-based funding. Donation-based crowdfunding has also been criticised for funding quackery, especially costly and fraudulent cancer treatments.