What is the meaning of number on Gas Cylinder?

In most of the homes gas cylinders are used, but have you ever noticed that a code or number is written on the cylinder, what does it mean, why it is given, etc. will be studied through this article. 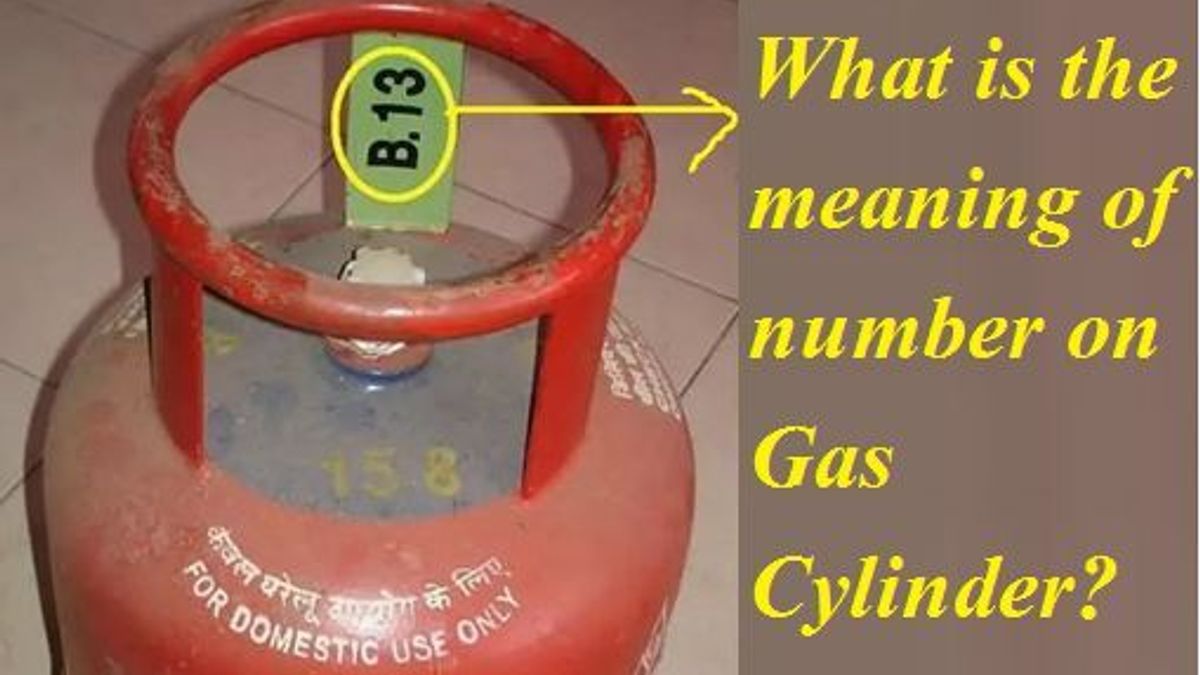 What is the meaning of number on Gas Cylinder?

LPG Gas cylinders are an important part of our daily life. It is an essential component of our kitchen which helps in cooking food. But we should be very careful while using it because it can be dangerous also. While receiving a gas cylinder from a delivery man, have you noticed about the number written inside the handlebar plate, what is the meaning of this number? Why it is mentioned on the cylinder? Let's study through this article.
Sometimes gas cylinder may result in leakage and can also lead to an explosion. The gas cylinders should be carefully used. While receiving gas cylinder, we should note that whether it is broken from somewhere or not.
What is the meaning of number on Gas Cylinder?
Have you ever noticed that some number or code is written on the gas cylinder? It is written on the inner side of the metal strips that connect the body of the cylinder to the top ring or handle. It is an alphanumerical number that is A, B, C and D followed by a number. Each letter denotes a quarter of a year.

Certification Marks issued for different products in India
The alphabet written in the code on the cylinder tells the month of testing that to be performed and the number indicates the year of testing. For an example: If A18 is written on the cylinder, then it means that it has to be pulled out for the mandatory tests in 2018 within the months of January-March. Similarly, if C17 is written on the cylinder then it means that mandatory test should be conducted in 2017 within the months of July-September.
If a consumer in October month gets a cylinder with letter B17 then he or she must ask the delivery boy to take it back and give another because the mandatory test has not been conducted but this happens rarely. Also, we should check the valve of the cylinder whether it is leaking or not.
Let's see how gas cylinders are made and how they are tested.
The LPG gas cylinder is made according to the BIS 3196 standard. Do you know that only those companies have the right to make gas cylinders, who have BIS License and also an approval from the CCOE i.e. Chief Controller of Explosives? At every level, test is conducted when cylinders are made. According to the BIS Codes and Gas Cylinder Rules, 2004, the test is also done before circulating it in the market. After, 10 years all new cylinders are sent for big testing. Again, after 5 years testing is done in the same way. When the gas cylinder passes the pressure test then only the circulation is brought in.
Usually, a cylinder has a life of 15 years and mandatory tests are conducted twice during that time. With the help of hydro test, water is filled and the cylinder is checked for leaks. Another is the pneumatic test where five times more pressure than what is usually stored is applied. If the cylinder fails in either of these tests, it is scrapped. Each day, 1.25% of the total cylinders in use are pulled out for tests and of these, a small percentage is scrapped.
It will not be wrong to say that after the entire testing the gas cylinder reaches us, but there is no harm in checking once the gas cylinder while receiving from the delivery boy.

Is inflation always bad for the economy