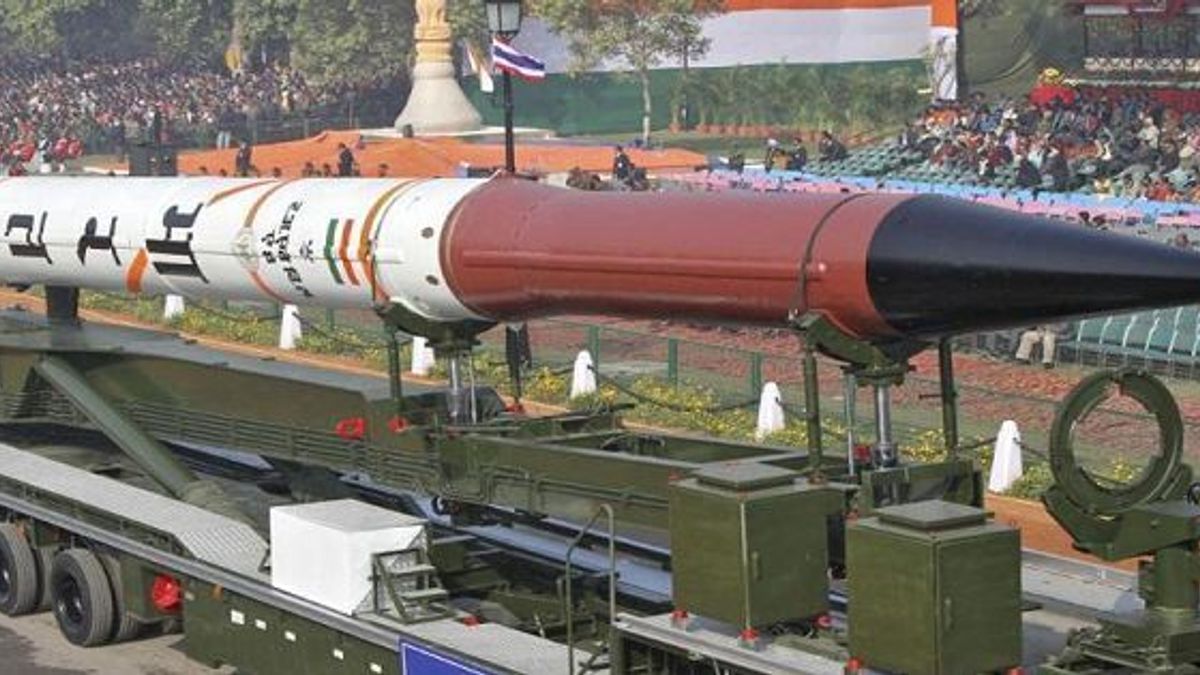 India has had its first nuclear test in May 1974 during the government of former Prime Minister Indira Gandhi. The name of this nuclear test was "Smiling Buddha".  After this, the Pokhran-II test was a part of the series of five nuclear tests conducted between 11 and 13 May 1998 in the Pokhran test range.

Owing to the nuclear tests; India's recognition around the world increased. India became the first nuclear-powered country without signing the Non-Proliferation Treaty (NPT).

After the nuclear tests, the world community had imposed many restrictions on India. India had explained to the world community that India is a responsible country and its nuclear warheads are just to secure the sovereignty and boundaries of the country not to invade any country.

1. The basic principle of India's nuclear doctrine is "No First Use". According to this policy, nuclear weapons will only be used in retaliation against a nuclear attack on the Indian Territory or on Indian forces anywhere.

2. India needs to build and maintain a Credible Minimum Deterrent. This includes;

(i). Sufficient and survivable nuclear forces to inflict unacceptable damage to the enemy.

(ii). Nuclear Forces must be operationally prepared at all times.

(iv). Communication of Deterrence Capability to the enemy.

3. If a country invades India by a nuclear missile, its retaliation will be this much massive and terrible that the enemy experiences an unacceptable damage and would not be able to recover easily.

4. The right to take nuclear action against the enemy will only be taken by the elected representatives of the people, i.e. the political leadership of the country, although the cooperation of the Nuclear Command Authority will be necessary. In other words; the bureaucracy of India is not authorised to take the decision of the nuclear attack on the enemy.

5. Nuclear weapons will not be used against non-nuclear states. It means India believes in the theory of "Tit for tat."

6. If there is any chemical or biological attack against India or Indian security forces, then India will keep the option of nuclear attack open in its response.

7. A continuance of strict controls on the export of nuclear and missile-related materials and technologies, participation in the fissile material Cutoff Treaty negotiations, and continued observance of the moratorium on nuclear tests.

8. India will continue to support the global initiative to create a nuclear-free world and will push forward the idea of discrimination-free nuclear disarmament.

The Nuclear Command Authority (NCA) comprises of an Executive Council and a Political Council. The Chairman of the Political Council is the Prime Minister. It is the sole body that can authorise the use of nuclear weapons.

It is true that only Prime Minister has the final authority to take a decision regarding the nuclear attack on the enemy. But despite having a secret code the Prime Minister can’t take the decision alone.

The Prime Minister can take the decision of attack by taking opinions from the following people/team;

3. Chairman of Chief of Staff Committee

The actual button to launch the nuclear weapon lies in the hands of the team which actually launches the nuclear missile.

Thus, the above-mentioned points make it clear that India's Nuclear Doctrine is not meant to threaten or invade any country but to protect the sovereignty and boundaries of the country.