Why is US Dollar considered as most strong Currency of the World?

In today’s world around 80% world trade take place in dollars. About 39% of the world's loans are given in US dollars and 65% dollar supply is used outside of the United States. It is surprising to see that most trading countries of the world accept payment in dollar. That's why foreign banks and countries demand dollar for international trade. Let us know through this article that why dollar is known as the strongest currency in the world? 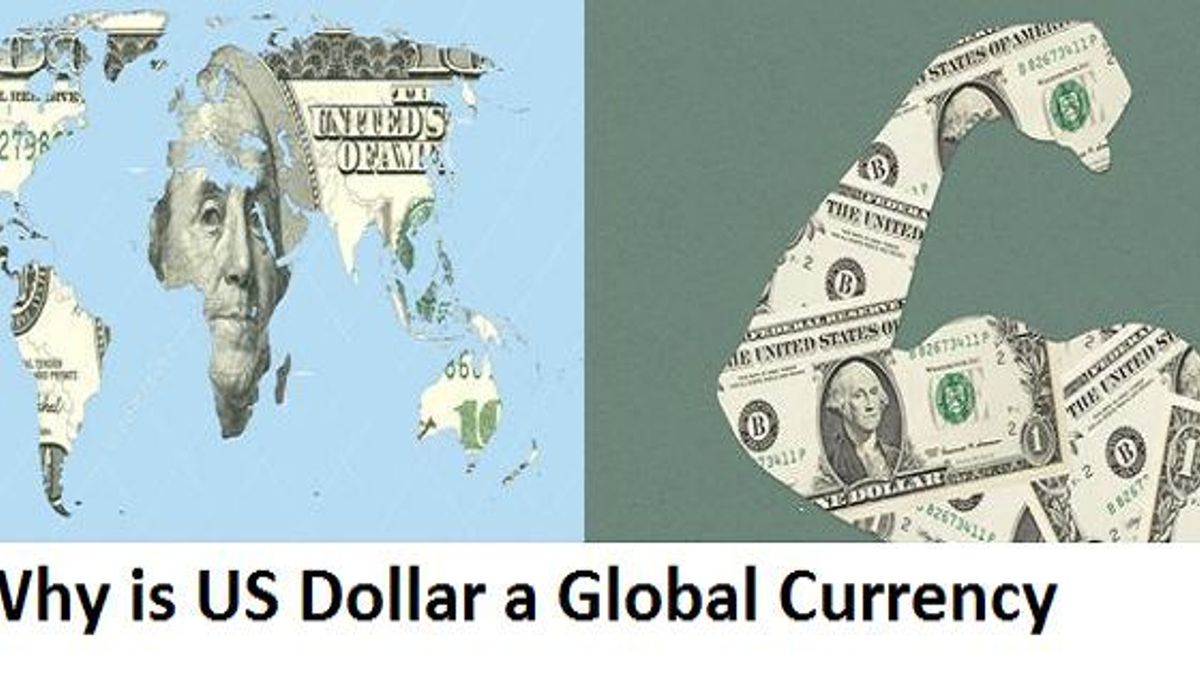 US Dollar as Global currency

Notwithstanding Indian rupees, the value of most of the currencies of the world has deprecated. So in this article we are trying to find out the basic reasons behind the global acceptance of the dollar.

Now the situation is this much favourable for US dollar that whenever anybody talks about dollar, suddenly the US dollar comes in our mind while there so many country in the world who also have dollar as their currency.

Interesting facts about Income Inequality in India in 2018

But in the beginning of 1970s, most of the countries started demanding gold from USA in exchange of their currency to fight higher inflation, which depleted the US gold reserves. So from 1971 the then US President Nixon broken the dollar vs gold exchange agreement. Hence since then the exchange rate of different currency getting decided by the demand and supply forces.

But till this new beginning the dollar had became the world accepted currency and this practice continues till date.

Reasons which made dollar strongest currency are;

1. According to the International Standards Organizations list, there are total of 185 currencies worldwide. However, most of these currencies are used within their own country. The global acceptance of these currencies depends on the economic condition of the country. As we know that USA is the biggest economy in the world that is why its dollar is accepted worldwide.

2. In today’s world the 80% of world trade take place in dollars. About 39% of the world's loans are given in US dollars and 65% of dollar supply is used outside of the United States.  It is surprising to see that most trading countries of the world accept payment in dollar only. That's why foreign banks and countries need dollar to participate in international trade.

3. Currently there are 189 members in the IMF and as per the rule of the IMF every member country has to deposit certain percentage of their quota in the US dollars, which ultimately increases the demand of the dollar internationally.

4. Foreign Exchange Reserves in central banks around the world account for 64% of the US dollar.

5. If two Non-American countries also trade with each other, they prefer to take US dollars in payment because they know that if they have dollars in their hands, they can import goods from any other country any time.

6. The value of US dollar don’t fluctuate often that is the reason every country of the world accept dollar without any hesitation.

7. America is the world's biggest economy, due to which it lends many poorer countries in the US dollar and receives the repayment in the same currency that is why the demand of dollar in the international market exists throughout the year.

According to a report from the European Union, in the year 2016, the world share of the United States in export was around 14% of the world's total exports while in the import US share was around 18 percent.

8. The US contributes the most in the treasures of the World Bank Group and the International Monetary Fund that is why US regulates the functioning of these institutions. So these two world institutions lend money to its members in the US dollar, which further increases the faith of the lenders in the US dollar.

After the US dollar; Euro is considered as the second strongest currency in the world. Euro constitutes around 20% of the foreign currency reserves of central banks around the world.

The euro is also strong because the European Union is one of the world's largest economic blocks. Some economists believe that in the near future Euro can replace the dollar.

In March 2009, China and Russia had demanded a new global currency. They want to create a ‘Reserve Currency  Fund‘ for the world.

China wants that its currency Yuan should also get the same respect as dollar. Worth to mention that Chinese Renminbi had been included in the IMF’s SDR basket in 2016.

Based on the above figures, it can be concluded that the biggest reason behind the global acceptance of the US dollar is America's importance in the world trade and un-acceptance of any other currency for the international trade.

Coinage Act 2011: What you can’t do with Coins in India