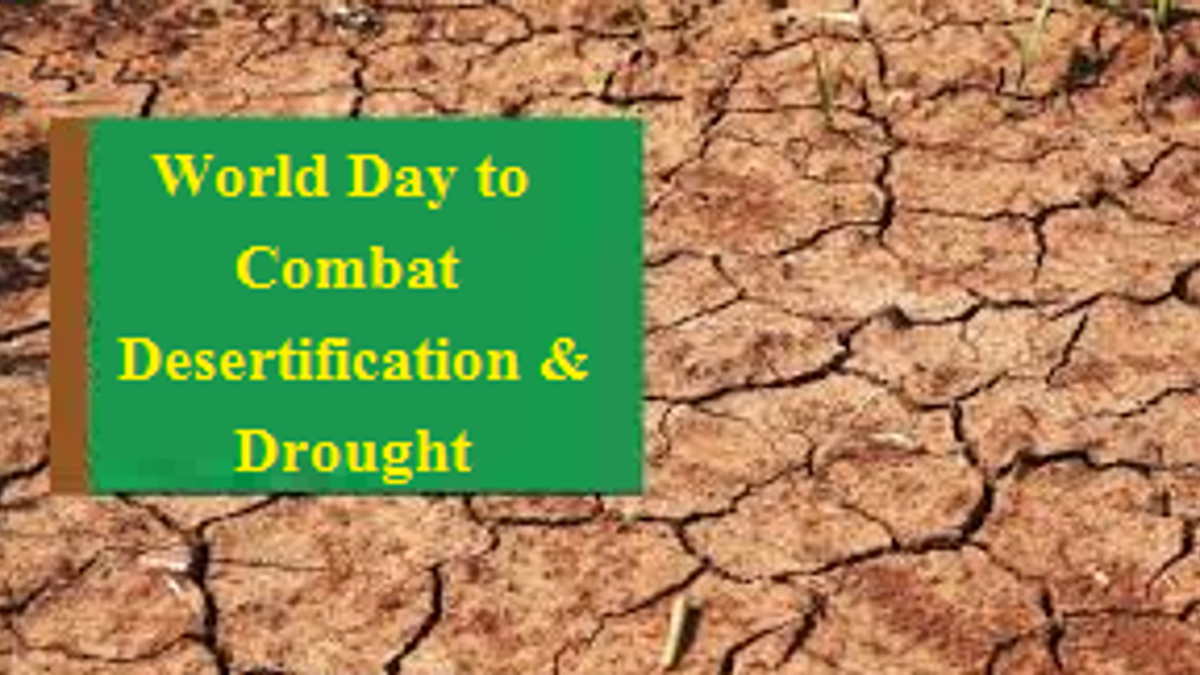 World Day to Combat Desertification and Drought is a unique event that remind people in the world that land degradation neutrality can be achieved when there will be cooperation at all levels, strong involvement of the community and problem-solving. This day also celebrates the progress made by the countries on sustainable land management and what should be done in the world so that land degradation neutrality will provide a solid basis for poverty reduction, food, water security, climate change, mitigation and adaptation.

Desertification is the degradation of land in various areas like arid, semi-arid and dry sub-humid. Primarily, it is caused by human activities and then by climatic variations. It does not mean expansion of existing deserts but it is caused due to dry land ecosystems, deforestation, over grazing, bad irrigation practices etc. which affects the productivity of the land.

The theme of 2019 for World Day to Combat Desertification and Drought is “Let’s Grow the Future Together”.

In 2019, the United Nations Convention to Combat Desertification (UNCCD) celebrates the 25th years of progress made by countries on sustainable land management. Also, UNCCD looks broad picture for the next 25 years to achieve land degradation neutrality. The campaign slogan for 25th anniversary is "Let's grow the future longer" which is supported by WDCD. The Convention (25th anniversary) on 17 June, 2019 is in Ankara and hosted by the government of Turkey.

- Land and Drought: According to UN, 1.8 billion people will experience absolute water scarcity by 2025 and 2/3 of the world will be living under water-stressed conditions.

- Land and Human Security: 135 million people by 2045 may be displaced due to desertification.

- Land and Climate: To store up to 3 billion tons of carbon annually, restoration of the soils of degraded ecosystems is required.

What are the goals of Desertification and the Sustainable Development?

The Agenda for Sustainable Development 2030 declares that "we are determined to protect the planet from degradation, including through sustainable consumption and production, sustainably managing its natural resources and taking urgent action on climate change, so that it can support the needs of the present and future generations”. Specifically, Goal 15 states our resolve to halt and reverse land degradation.