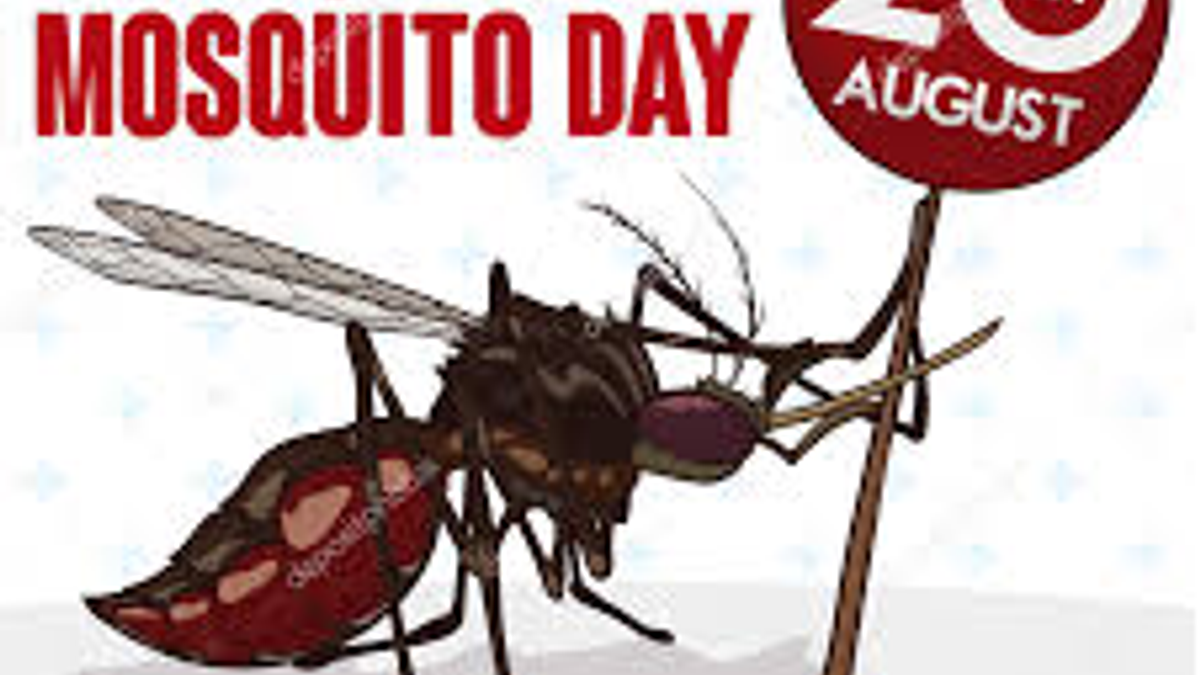 World Mosquito Day is also celebrated by The London School of Hygiene and Tropical Medicine. Parties and exhibitions are held to initiate conversations and discussions regarding malaria and also pay tribute to the work of Sir Ross and the many scientists who worked after him.

World Mosquito Day is observed annually on 20 August which marks the historic discovery by Sir Ronald Ross a British doctor in 1897. He discovered that female mosquitoes transmit malaria to humans i.e. female Anopheles mosquitoes were responsible for transmitting the malaria parasite. It is a life threatening disease.

Mosquito name comes from Spanish word meaning "little fly". Basically mosquitoes feed on plant nectar, similarly to bees. Generally we believe that mosquitoes bite humans because they need to feed on human blood, but this is not true. Actually, female mosquitoes suck blood in order to help with the development of their eggs prior to laying them. Male mosquitoes do not feed on blood at all.

Although at times mosquitoes are dangerous because of their ability to carry and transmit diseases. But we can't deny the fact that mosquitoes also play an important role in the ecosystem because they serve as a food source for many organisms.

Do you know that one female mosquito can lay up to 200 eggs at a time?

1. Malaria: is caused by a parasite that is transmitted by an Anopheles mosquito. It is prevalent in tropical or sub-tropical climates. Some of the best ways to prevent malaria include insecticide treated mosquito nets, indoor spraying with insecticides and anti malarial drugs. Quinine is a medication used to treat malaria. Around 6 million deaths every decade occur due to malaria.

2. Dengue: is transmitted by the Asian tiger mosquito i.e. Aedes Albopictus and Aedes Aegypti. Its infection causes flu-like illness to hemorrhagic fever. Dengue is found in tropical and sub-tropical climates and mostly in urban areas.

3. Yellow Fever: is transmitted by the Aedes Aegypti mosquito. It is prevalent in Africa and parts of South America. It produces symptoms similar to malaria but also includes nausea, vomiting and jaundice.

4. Encephalitis: is caused by viruses that are transmitted by mosquitoes like the Aedes or Culiseta mosquitoes. The symptoms may include high fever, stiff neck, headache, confusion, and lethargy/sleepiness.

5. Zika: This disease is caused by a virus transmitted by Aedes mosquito which bites during the day. The most common symptoms of Zika are fever, rash, joint pain, and conjunctivitis (red eyes). Symptoms may last for several days to a week after being bitten by an infected mosquito. During pregnancy it can cause serious birth defect microcephaly and other congenital malformations, known as congenital Zika syndrome. In rare cases Zika can also lead to Guillain-Barre Syndrome.

6. Chikungunya: It is also transmitted through Aedes Aegypti and Aedes Albopictus mosquitoes which also causes dengue. Symptoms include headaches, fever, nausea, vomiting, and muscle pain. Acute infection can last for a few weeks.

7. West Nile Virus: Various species have been known to carry West Nile, but the primary one is Culex Pipiens. Most healthy people don’t even know they have been infected, but in this disease some flu-like symptoms occur and in rare cases, permanent neurological damage or death.

Several precautions have been taken like use of insecticide-treated nets (ITNs), mosquito repellents like the Goodknight Activ+ System and indoor residual spraying (IRS) to prevent themselves from mosquito-borne diseases. The President’s Malaria Initiative’s (PMI’s) investments have resulted in a substantial improvement in the African country to implement entomological monitoring.