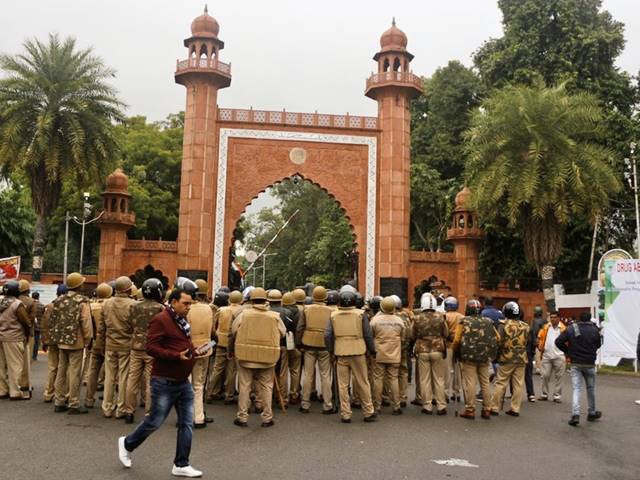 Following the declaration of winter vacations at Aligarh Muslim University, AMU Registrar Abdul Hamid issued a statement confirming the closure of the varsity. The statement read “In view of the current situation, we have declared winter vacations today onwards. University will reopen on January 5 and examinations will be held after that”, as per ANI Report.

Following these reports, ANI has also reported AMU Registrar Abdul Hamid saying that the University hostels are being evacuated currently, as clashes are reported from within the campus following the police entering the AMU Campus. However, these reports are based on media inputs, and Jagranjosh.com is yet to confirming its veracity.

Currently, Sec 144 has been imposed in Aligarh restricting assembly of more than 5 people to avoid spread of violence in the city. Furthermore to avoid spread of misinformation and rumours, the district administration has also suspended internet services in the city amid protests against the Citizenship Amendment Act 2019. As per the statement issued by the administration, Internet services in Aligarh suspended to prevent misuse of social media to disturb peace and tranquility, and to maintain law and order.

Earlier, anti-CAA protests turned violent in Delhi as protesters clashed with police in South Delhi’s Jamia Nagar and New Friends Colony Area. As per media reports, three DTC buses were torched during the clashes. Following this, Delhi Police cracked down on Jamia Milia Islamia University and detailed students from the campus. Currently, students from different universities are protesting against the police high-handedness and brutality at Old Police Headquarters based in ITO areas of Central Delhi.