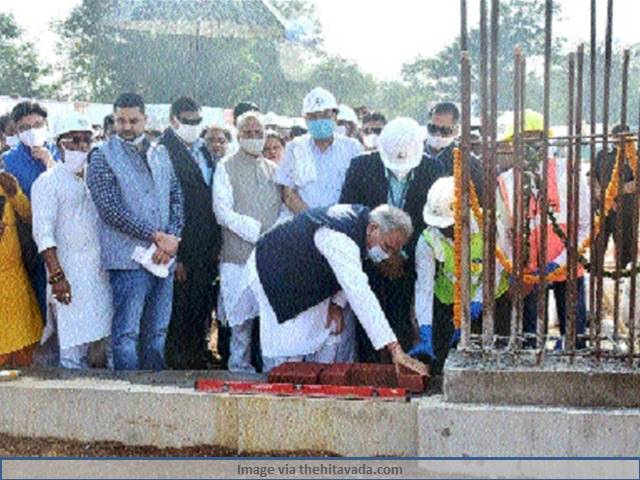 IIT Bhilai Campus Foundation Stone Laid: As per the latest update, the Chhattisgarh Chief Minister Bhupesh Baghel on Wednesday – 2nd December 2020, laid the foundation stone of permanent campus of IIT Bhilai. The institute had organized a brief ceremony for the laying of the foundation stone for its permanent campus which was also attended by institutes’ officials, teaching staff, state ministers, members of Panchayat, and police officials. The news about CG Chief Minister laying the foundation stone of IIT Bhilai was confirmed by CMO Chhattisgarh through a tweet sent out from its official account. The tweet read ““Chief Minister Bhupesh Baghel Bhilai did Bhoomi Pujan of educational area corridor -- Inauguration of Chhattisgarhi folk art route in the fort”.

Institute Dedicated to Welfare of People

As per media reports, during the laying of the foundation stone for IIT Bhilai Campus, Mr Bhagel said that “IIT Bhilai must make the best use of all rich resources accessible within the state, and promote welfare of all the people”. In line with this, the permanent campus of IIT Bhilai and the area around it has been named as the Academic Area Interconnect and Superstructure. Speaking at the ceremony, Mr Bhagel said that Bhilai, which is the vision of the first Prime Minister Jawaharlal Nehru, has added another feather to its cap with the establishment of IIT. He also added that that IIT-Bhilai, the 23rd IITs of the country, is the pride of Chhattisgarh. The Chief Minister said that the IIT, Bhilai will help enhance research work in Chhattisgarh.