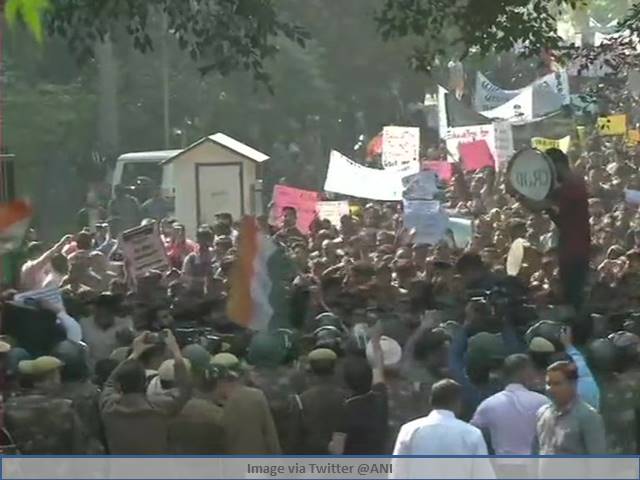 As per an official press release, the three-member panel appointed by the Ministry of Human Resource and Development submitted their report on JNU fee hike claimed a senior Ministry official. He also added that the Ministry is presently reviewing the recommendations. The three-member committee comprised of AICTE chairman Anil Sahasrabudhe, UGC secretary Rajnish Jain and former UGC chairman V S Chauhan and was formed to put an end the impasse between varsity administration and students over hostel fee hike issue. The panel was set up by the Ministry on 18th November 2019.

On Sunday, the varsity had set up a seven-member High-Level Committee (HLC) which, on Monday, recommended 50% concession to all students and 75% concession to Below Poverty Line (BPL) students in utility and service charges. The announcement came after the University Grants Commission Monday decided to release a sum Rs 6.41 crores, to help the varsity tide over the funds crunch that leading to a substantial hike in the hostel fee. Presently, service and utility charges are not part of the hostel fee. The HLC said that the decision was approved by the members of the Executive Council (EC) on Tuesday through circulation.

On the other hand, as per latest reports, EC representatives Moushumi Basu, Sachidanand Sinha and Baviskar Sharad Pralhad claim that none of the EC members were contacted for approval of the HLC recommendations contrary to the claim made in the press release issued by the Registrar that ‘HLC recommendations were approved by members of the Executive Council through circulation’. They maintained that the claim is very untrue and that the EC members became aware of the decision only when a formal press release was sent by the Registrar to the University Committee.