6 Government Universities You Should Aim For This Admission Season

Standing on a crossroad after school, students have the responsibility of making an academic choice which can foster their chances of being a successful person in the future. Central to this is selecting the college which can provide them best education. 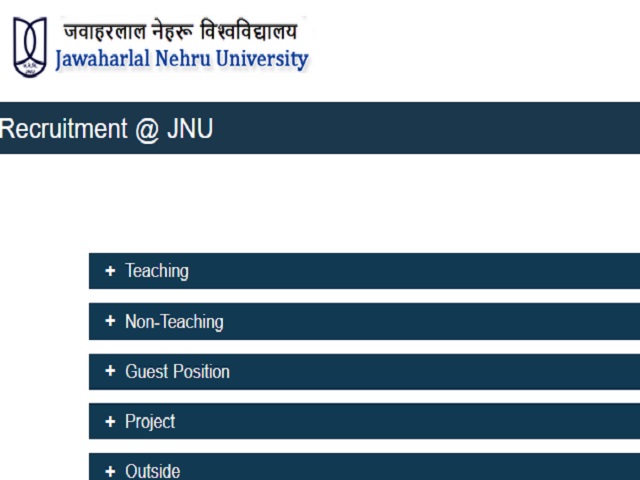 Standing on a crossroad after school, students have the responsibility of making an academic choice which can foster their chances of being a successful person in the future. Central to this is selecting the college which can provide them best education.

Getting quality education is the least a student can expect after toiling hard for years and finally making through entrances and interviews. For years, students have given preference to government universities over private institutions for reasons like good quality of education and lesser tuition fees and overall education cost. These universities have a better credibility which makes the student feel he can reach out to the authorities if needed and his problem will be addressed.

Here's our list of 6 best government colleges in India:

Jawaharlal Nehru University (JNU)
JNU was established in 1969 by an act of parliament. It was named after Jawaharlal Nehru, India's first Prime Minister. The University was recently placed second in the National Institutional Ranking Framework (NIRF). JNU is known for its intense on campus political life. Discussion on social issues like feminism, minority rights, social and economic justice is a part of daily life in JNU. All such issues are debated fiercely in formal and informal gatherings, especially before the much hyped student elections. As far as academics is concerned, JNU remains the best place to get higher education and is the first choice for students going for masters and Phd and research.

Banaras Hindu University (BHU)
Founded by freedom fighter Madan Mohan Malaviya in 1916, the university was earlier called Central Hindu College. BHU is one of the largest residential universities in Asia, with over 20,000 students. BHU provides students with the choice of 6 institutes, 14 faculties (streams) and about 140 departments. Total student enrolment at the university exceeds 30000, and includes students from over 34 nations. It has over 75 hostels for resident students. The university provides education in all major streams like engineering, medical sciences, journalism, arts and applied sciences among others. In 2012, India's premier engineering institute IIT opened a branch affiliated to BHU.

Jadavpur University (JU)
The university was founded in 1861 by the British to propagate their ideas, beliefs and way of living. Jadavpur University is semi-residential, which at present operates out of two urban campuses: One in Jadavpur and another in Salt Lake. The university offers certificate, diploma, undergraduate, postgraduate and research level courses.There are a number of schools and centre for studies which operate under Jadavpur university. Some of the major research ventures undertaken by these schools include the pioneering work done by the School of Environmental Studies in highlighting the presence of arsenic in groundwater in countries like India and Bangladesh and the development of the first alcohol based car by the School of Automobile Engineering. The university was placed 5 in NIRF.

Delhi University (DU)
We know you were waiting for this one. DU is widely considered to be the best college in India to get arts education from, but the latest rankings suggest otherwise. Keeping rankings aside, Delhi university is everything a student can dream of. From academics to extracurricular activities Delhi University is the best place for everything. The university was founded in 1922. There are a whooping 240 courses available in University of Delhi for Under graduation (87) and Post graduation(153). The main campuses of university are North and South. North campus is the home to college like Kirori Mal College Daulat Ram College, Hansraj College, Hindu College, Indraprastha College for Women, Miranda House, SGTB Khalsa College. Ramjas College, St. Stephen's College and Shri Ram College of Commerce. South Campus, on the other hand, comprises of Atma Ram Sanatan Dharama College, PGDAV college , Deshbandhu college , Aryabhatta College, Jesus and Mary College, Maitreyi College, Moti Lal Nehru College, Ram Lal Anand College and Sri Venkateshwara College.

The university also has many faculties like Faculty of Arts, Faculty of Law and Faculty of Management Studies which offer great placements.

Aligarh Muslim University (AU)
Originally established as Muhammadan Anglo Oriental College, the college was founded in 1875 by the Anglo Indian statesman Syed Ahmad Khan. The movement of Muslim awakening associated with Syed Ahmad Khan and M.A.O. College came to be known as Aligarh Movement. In 1906, the university opened its services for women with establishment of a school for them. Aligarh Muslim University is a fully residential university having 13 faculties, 7 constituent colleges, 15 Centres, 3 Institutes, 10 schools. Recently the university opened faculty of International Studies.Spread over 467.6 hectares, AMU offers more than 300 courses in both traditional and modern branches of education.

Getting admission in any of these government universities will be a great thing but your academic success cannot be restrained to any sort of list. In the end, what matters the most is your own hard work and persistence.