Find unitwise concepts and formulae from the chapter Simple Harmonic Motion and Waves. These concepts and formulae are very important in quick revision of complete unit. Once you have gone through chapters thoroughly and understood it well there is no need to study it again and again. You can only revise important formulas and terms which will save your precious time.

These formulae will be helpful in various engineering entrance examinations. In UPSEE and WBJEE where most of questions are asked directly on formulae, this quick revision note is very important. 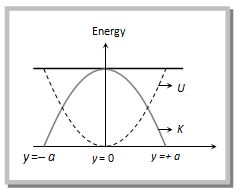 where, T = Time Period of simple pendulum, l = length of the string, g = acceleration due to gravity

There are three types of electronic emissions: 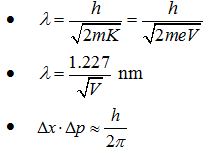